According to this new job-offer Diablo 4 will have an in-game shop. The launch of Diablo 3's auction house was a desaster and Diablo Immortal's microtransactions are not really popular.

Any online based looter will develop an economy, the question is how you want to handle it. Diablo 3's issue was developing the game around *requiring* the auction house to find upgrades (as opposed to playing the game) and using real money on top of that caused it to be an utter disaster.

Diablo Immortal's cashshop has been shown to be the worst of its kind right out the gate.

What I'm saying is, while an online cash shop/auction house isn't inherently a bad thing if it can be there *adjacent* to, and *facilitate* the gameplay, Blizzard has a god awful track record of understanding this and I don't have the highest hopes.

All these games need is a UI auction house that uses in-game currency. Shame that real life greed ruins it.

How the buck is the management oblivious to the fiasco that was Diablo IIIs real money auction house?
Add me as a friend on Steam: https://steamcommunity.com/id/axellslade

It looks like someone still needs to learn from his errors, right Blizz?
Last edited: June 12, 2022
Sou tricolor de coração! 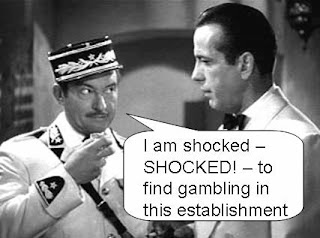 Blizzard have said for some time now that D4 will have an in-game shop, but they also said they won’t be selling character power. What that means or if it’s just some weasely way of wording it, we won’t know until we see it. But I expect the backlash to Immortal put the fear of god into them. We shall see.
… because I love the unknown. love the unknown. he said he loves the unknown …
​

Is anyone really surprised. Please raise your hands if you are…No one did.
"Opinions are like assholes. Everybody's got one and everybody thinks everybody else's stinks."

I think the last Blizzard game I got was when WOW came out. Can't say this gives me any confidence in getting D4 although I liked D1 and D2.
And Still I Dream ...
J

I don't care if it has an in game shop as long as it doesn't need one to have fun. Diablo III was way, WAY too easy and you had to unlock difficulty modes to make the game fun. If that's the case here, zero chance of me buying it.
S

JFarrell71 said:
I don't care if it has an in game shop as long as it doesn't need one to have fun. Diablo III was way, WAY too easy and you had to unlock difficulty modes to make the game fun. If that's the case here, zero chance of me buying it.
Click to expand...

I don't think there's much question it'll be that way again. That's just their model for these games. Repeat the same thing at higher difficulties, over and over.

In game shops where they sell "content" that should just be in the game is craptastic. I mean content in the loosest sense of the word, buying a weapon or armor or a costume is not real content.

Just sell the game for one price and then do proper DLC or expansions. DLC should be more areas to explore, new character classes, new quests etc.
Favourite RPGs of all time: Wizardry 6, Ultima 7/7.2, Fallout2, Planescape Torment, Baldurs Gate 2+TOB, Jagged Alliance 2, Ravenloft: The stone prophet, Gothic 2, Realms of Arkania:Blade of destiny (not the HD version!!) and Secret of the Silver Blades.

Well some segment of the market must be spending on this stuff, or else they wouldn't bother. It's probably not hard-core gamers who can invest a lot of time. More likely it's people with less time but lots of money; the ones who want to maximize their game experience. Even if that's just a fraction of the audience, clearly it's large enough for businesses to exploit.

One strike against me possibly getting Diablo 4…I'm firmly against pay to win type microtransactions with the incentive being hours and hours of MMO-like grind as an alternative.

That said, if its cosmetic items mainly, or stuff that drops and you can get naturally in the game world with no artificial grind added, then I would be "OK" with it.

Not thrilled, of course, but would still consider the game. Because - I gotta admit - D4 in terms of graphically and atmosphere wise, yea, it looks pretty damn good.
"The old ways are lost," you sang as you flew
And I wondered why -- Loreena McKennitt - The Old Ways
To check out my games library, and see what recent games I'm playing, visit my steam profile! -- http://steamcommunity.com/profiles/76561197982351404

This is Blizzard we're talking about, so there's no surprise here.

That said, I doubt it's going to be anything that will create a real outrage. With some of the controversies Blizzard has been through in the past, I'd think they're smart enough not to make this anymore than the usual optional cosmetics.

I'd be more shocked if you said there wouldn't be one. Most Triple-A RPGs have some form of this now. Look at Bethesda's last few titles. Even the re-release of Skyrim had "paid mods", which is something ridiculous to have on the PC version where the Nexus already exists. But, that's the way the industry is moving, and looking at how many V-bucks are sold in Fortnite, I believe those of us who are against it are in an easily forgettable and avoidable majority. We don't spend money, they do. So who do you think big name companies are going to chase after?

As far as action RPGs go, I'm more interested in the Dark Alliance 2 remake, the multiplayer debut of Last Epoch, and maybe Path of Exile 2. Other than that, eh.
J

Stingray said:
I don't think there's much question it'll be that way again. That's just their model for these games. Repeat the same thing at higher difficulties, over and over.
Click to expand...

That would be okay... kind of... if the only difficulty level unlocked at the start wasn't so easy you can leave the keyboard for 10 minutes, come back and not be dead.

Whoever wants to spend money on these things, you are welcome but please don't complaint about rigged systems.
I, for my part, will just keep ignoring these games.

Hell yes!! I get to spend more money for stuff that should have been in-game or for extra stuff I don't really want! Damn, such good news! I am so stoked now. Spending $60 or more on a game was such a drag; such a limitation. Why should I be prevented from spending even more of my hard earned dollars on a game? But now I can! So awesome! Wow, thank you Blizzard; my faith has been rewarded!!

Seriously... there must be players who really are excited by this kind of news, right?