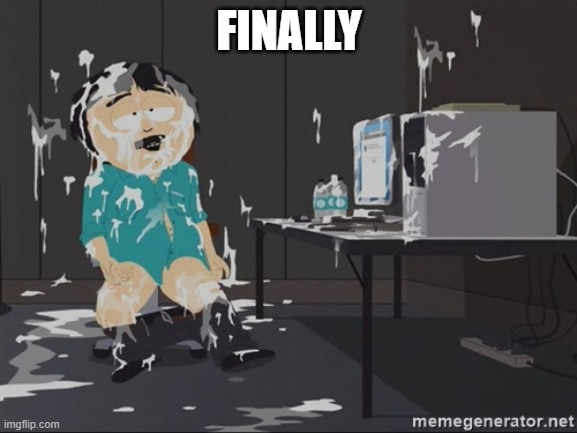 Thank God PB is better at making games than they are at making trailers.. because that was pretty awful tbh. I'm confident the actual game will be traditional PB goodness though.

Not sure how I feel about being able to actually fly. It seems like that would make exploration a little too easy, but I'm sure PB will limit it in some way.

Pineapple Ferguson said:
I played ELEX a while back and didn't get too far before I got kind of bored, but as a huge fan of Gothic and Risen, I don't know why. I need to give it another shot.
Any recommended mods?
Click to expand...

I recommend to play it without mods. But when I am lazy I use the mod which allows you to combine the effects of different sunglasses in the game.

Imo, the jetpack was the coolest innovation of Elex 1. But yeah, it has to be limited somehow.

Looking forward to this, as I quite enjoyed the first one. Though the trailer wasn't that great it touched all the bases with combat, companions, factions, and badass end battle.

vanedor said:
Imo, the jetpack was the coolest innovation of Elex 1. But yeah, it has to be limited somehow.
Click to expand...

In fact I would consider to try a mod "remove jetpack" if something like that exists. I am curious, how you can explore the world without ever using the jetpack.

Been waiting for this for ages! Looks good.

Were there any actual screenshot/ingame footage released, or just the bad CGI trailer. I keep seeing people saying either that it looks good, or they somehow seem to reference how it looks. Are you all just referring to the CGI trailer? Am I missing something?
… because I love the unknown. love the unknown. he said he loves the unknown …
​

After watching the trailer a couple times, I have mixed feelings. I've played Gothic 1-3 numerous times and Elex I was a pre-order for me. If the trailer is accurate about the look of the game, the character models are much improved. What gives me pause is how the game play might change. Not a fan of pitched battles between armies. There was a minor skirmish between forces in Elex I and that was fine. Also not a fan of regular boss fights at key story points. Tons of earth-shattering spells? No thanks. I'm hoping for the best, but . . . I'll reserve judgment until I see real in-game play.

Visually, the trailer is pretty much rubbish.
Because it's not coreographed properly to fit the music.
Probably the score came after the animation was done which is kinda shame.

OMG OMG Where do I preorder?!

Okay I'm not really just shilling for Korn, I was buying the game without it anyway, but that music was a nice surprise.
To me anyway, I'm aware many people here hate any sorts of metal. Well, let me be happy at least this one time.
Toka Koka

danutz_plusplus said:
Were there any actual screenshot/ingame footage released, or just the bad CGI trailer. I keep seeing people saying either that it looks good, or they somehow seem to reference how it looks. Are you all just referring to the CGI trailer? Am I missing something?
Click to expand...

There are screenshots at the bottom of the page you linked to.


joxer said:
To me anyway, I'm aware many people here hate any sorts of metal. Well, let me be happy at least this one time.
Click to expand...

I love metal, but that's a shitty song to put in the trailer for an RPG. It just doesn't jibe well with the theme imo.

JDR13 said:
There are screenshots at the bottom of the page you linked to.
Click to expand...

Oh shit, they either added them after I posted, or I just missed it. But I'm leaning towards the former since I remember the video was towards the top of the article. Anyways, looks ok to me. As long as it has the exploration potential of previous PB games I'm in.
… because I love the unknown. love the unknown. he said he loves the unknown …
​

Music needed to be more cyber.

Going by the screenshots it's just more Elex, which is great!
Proud leader of the Shit Games Liberation Front
All your shit games are belong to us

I enjoyed the first one. Interested in the second but meh on the Jax having a kid now. Not big on defined protagonists let alone one with family. Will see how it goes though.

Heard Starfield will be FPV and TPV which is nice you have the option to play either way. Hoping they stick to the "make your own character" as well.
And Still I Dream ...

I just bought the first ELEX two days ago, so that will do for now.

Am I correct that you have to level up several times to be able to get ANY of the perks? They all seem to have attribute requirements that would take you at least several levels to get to. Like Charisma 2 requires Cunning 40/Intelligence 40, which would require you to be at least level 6, and that's if you poured every single point into those two attributes the whole time. Meanwhile I'm running into stuff in Goliet that requires Charisma 3 to do. Seems like a very strange design decision to make it take that long to start getting any abilities.

Best news in a while as far as my tastes go. Most anticipated game easily.

I actually played ELEX for the first time within the past year. While I did enjoy the game overall, the brutal beginning of spending 20 hours running from everything was just not fun to me. At all. I loved the world, with the mix of fantasy and sci-fi. I loved that you could have drastically different characters depending on which faction you allied with. But I honestly don't think I could bring myself to play that game again, because I wouldn't have the patience to stick with it until it became fun rather than a slog.

That being said, I would definitely want to wait to hear if the new game has the same imbalance.

Good news but that video... is this "ELEX 2: Rip & Tear"!? The only positive thing I got out of that is that mage-types seem to be wearing green now. Green rules.
The very powerful and the very stupid have one thing in common: instead of altering their views to fit the facts, they alter the facts to fit their views…
-- Doctor Who in "Face of Evil"

Looking forward to this. Had about 3 false starts with Elex1 but finished on the 4th attempt and came to appreciate the setting.
If I'm right but there is no wife around to acknowledge it, am I still right?

As JDR13 said, I am already thinking that flying in the game may be overpowered. It's funny to see some feel the way I do about flying - I'm not thrilled about it. And yea, a mod that disables flying is also something I would be interested in, lol.

And I am someone who uses trainers sometimes in games to "cheat", but only in certain ways. Certain ways that are either born from "convenience" or "frustration" but not to just flip on God mode and play the game for hours -- that would be awfully boring. That said, to me flying seems like a really potent "cheat", and that it would be very hard not to make it overpowered.

It's one of the reasons I ended up not buying Elex, gosh darn it, I just am not a fan of flying in a video game, however corny that sounds, lol.

Anyway, that concern aside, I'm interested regardless. Just because there were several compelling aspects that I saw discussed and in the game play videos of Elex that made me think, yea, these guys are old school, and it definitely looks like they know how to make a classic style rpg.

But yea, I gotta agree with those that said this trailer was trash. I hate the music (sorry) and its just way too paint-by-numbers standard loud and blah video game trailer for me.

But I also agree it very likely isn't representative of the real game, so fingers crossed.
"The old ways are lost," you sang as you flew
And I wondered why -- Loreena McKennitt - The Old Ways
To check out my games library, and see what recent games I'm playing, visit my steam profile! -- http://steamcommunity.com/profiles/76561197982351404