Todd Howard confirmed in an IGN Interview that Fallout 5 is coming after Elder Scrolls 6:

Yes, Elder Scrolls 6 is in pre-production and, you know, we're going to be doing Fallout 5 after that, so our slate's pretty full going forward for a while. We have some other projects that we look at from time to time as well.
Click to expand...

That was to be expected, but we are talking basically about "after 2030" here (Starfield 2023, with TES 6 taking another 5-6 years and then Fallout 5), so, yes, ok, something like that is planned, but at this point it's just a theoretical point on someone's agenda, nothing remotely concrete. But "after 2030" is so far away, it might as well be "never".

The man just said ES 6 is in pre-production.... The same thing he said in 2018 when ES 6 was officially announced.

Odrid said:
The man just said ES 6 is in pre-production.... The same thing he said in 2018 when ES 6 was officially announced. 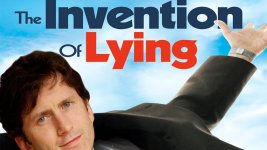 He became sort of a meme
Sou tricolor de coração!

That is also assuming enough people will have time for games in another 10-15 years considering the path the future is going with climate change and war
And Still I Dream ...

So I'll play Fallout 5 and then jump into Star Citizen beta. Got my 2030's planned.

We already talked about that topic in the Starfield news-bit. We'll be lucky to see and play this game sometime after 2030 at best. As ES6 hasn't even statred production.

Bethesda right now is finishing Starfield and after that DLC and support.
Last edited: June 16, 2022
"Opinions are like assholes. Everybody's got one and everybody thinks everybody else's stinks."

In other news, Larian said that Baldur's Gate 4 will one day arrive and Bioware are thinking about Mass Effect 5, once some other things have been made.
I

Odrid said:
The man just said ES 6 is in pre-production…. The same thing he said in 2018 when ES 6 was officially announced.

And...? Did you somehow expect it to suddenly jump into production while Starfield was still being created? It basically means that they are talking about it on some days over coffee.

Look at the positive side: they are actually working on single player RPGs now, not just MMOs

It's somewhat baffling to me to be honest. Why doesn't Bethesda just expand like other major developers have? I see no reason why they can't hire enough people to have two full development teams working simultaneously.

Hey, does that mean there's hope for Grimoire 2??!!
If God said it, then that settles it!!

I'd play Grimoire two before I ponyed up dukets for Fallout Five. Not even a close contest!

Hmmm did no one see his comment that they have worked with other companies in the past? could mean that obsidian is working on something.

We honestly don't even know if MS has increased the teams working on ES 6 as well and may start FO 5 as well...we just don't know.
If you don't stand behind your troops, feel free to stand in front.

Hmm..maybe there was just rumors going around about farming the IP's to other Microsoft developers, but it's just rumor at this point. I doubt Todd would allow it.

Also Microsoft may own Bethesda but takes a laid back approach to management. As for more teams and increase in personal it's possible, but again the public doesn't know.

What I can tell you about ES6 is all here in this link.

Not-E3 2020: "If you’re coming at me for details now and not years from now, I’m failing to properly manage your expectations," said Pete Hines.

Not-E3 2022: What will this year's adage about player patience be?
Click to expand...

Still in it's design phase three years later.
"Opinions are like assholes. Everybody's got one and everybody thinks everybody else's stinks."

JDR13 said:
It's somewhat baffling to me to be honest. Why doesn't Bethesda just expand like other major developers have? I see no reason why they can't hire enough people to have two full development teams working simultaneously.
Click to expand...

Possibly partly because they are actively maintaining two MMOs as well. Not an excuse as those teams are probably well supported by the income of the games, but still that probably binds quite a few employees.

largh said:
Possibly partly because they are actively maintaining two MMOs as well. Not an excuse as those teams are probably well supported by the income of the games, but still that probably binds quite a few employees.
Click to expand...

There's only 1 MMO, and afaik it's being maintained by ZeniMax Online Studios.

I assume you're referring to FO76 as the other MMO, but that's only a 4-player multiplayer game, and I'm not sure how much work is still being done on that.
D

Well, good story rpgs takes time… Problem is they are always going for bigger is better… New worlds instead of changed more detailed world…
God forbid a studio would reuse a openworld setting and assets and actually make a sequel out of it.
On the other side somehow it's fine to sell same game as a remaster and legendary editions - ports and whatnot…

So, Skyrim 6 in 3-5 years and FO 3 to 8 years - roughly, if they overlap, which doesn't seem to be a given with Bethesda, who seem barely capable of managing one project at a time (and totally incapable of delivering what fans actually want so it's probably moot anyways).

largh said:
Possibly partly because they are actively maintaining two MMOs as well. Not an excuse as those teams are probably well supported by the income of the games, but still that probably binds quite a few employees.
Click to expand...

JDR13 already basically answered this but to make it even clearer. Bethesda Game Studios (BGS) is the core studo of BethesdaSoftworks. In the last 7 years there have been 3 other studios join under the BGS banner by they are all classified by the location they are in and work on different games (mostly). There is BGS Dallas, BGS Montreal and BGS Austin. These studios are all significantly smaller than the core BGS studio.

BGS Dallas is actually working with the core BGS team on Starfield so effectively they have two studios working on it.

BGS is Todds baby and they have been probably the most consistent studio in the last 20 years (Except for maybe Spiderweb!!!). They have a very low turnover rate so they must treat their employess quite well. It is quite amazing when you look at the credits for their games at how many of the names are the same. There are even people who worked on Morrowind who worked on Skyrim and Fallout 4!! (and I guess Starfield as well).

All these studios sit under Bethesda Softworks, which sits under ZeniMax Media (owned by Microsoft). From what I have read, resource sharing does go beyond Bethesda Softworks but never has BGS done a significant amount of work for another studio - not even for Elder Scrolls Online.

ZeniMax Online Studios also sits under ZeniMax Media (run by Matt Firor, formerly of Mythic Entertainment who ran Dark Age of Camelot - when MMORPGs used to be good!!!) and this is the studio who runs Elder Scrolls Online.

What amazes me the most is how BGS can deliver so few games and keep "all" of their team utilised effectively. Considers tools and engine developers - they would most likely be under heavy usage in the start of the project but less utilised towards the end. So what on earth are they working on when they have such a large gap between games?!? Paid vacation? R&D? Either of them would most likely keep the developers happy!
Last edited: June 19, 2022
Favourite RPGs of all time: Wizardry 6, Ultima 7/7.2, Fallout2, Planescape Torment, Baldurs Gate 2+TOB, Jagged Alliance 2, Ravenloft: The stone prophet, Gothic 2, Realms of Arkania:Blade of destiny (not the HD version!!) and Secret of the Silver Blades.
You must log in or register to reply here.
Share:
Facebook Twitter Reddit Pinterest Tumblr WhatsApp Email Share Link
Top Bottom