I could start a new thread for this but here you go.

Take-Two claimed that GTA 5 reached $1 billion in retail sales faster than any entertainment release in history. Moreover, the company stated that the franchise has sold-in over 355 million units. Take-Two also claims that GTA Online will be constantly evolving, and that Rockstar will keep supporting it. After all, a standalone version will come out in March 2022.

On the other hand, the Red Dead franchise has sold-in nearly 62 million units worldwide. Additionally, Red Dead Redemption 2 is the 2nd best-selling title in US in past 3 years based on dollar sales.
Click to expand...

Fuck Rockstar and/or Take2 if it's true. It's so idiotic that I find it hard to believe. But I guess nothing is impossible. They do a shitty job of it, and then act all surprised at the shitty outcome and base other decisions on that? God they would be stupid if it were true.

There's no basis for saying that. Every GTA and RDR has been single player first and foremost.

JFarrell71 said:
There's no basis for saying that. Every GTA and RDR has been single player first and foremost.
Click to expand...

Considering how rarely they release singleplayer games you could be excused for not believing that. They're spending 5-8-10+ years between games, and inbetween that time they churn out gambling or microtransactions for their main money makers.

danutz_plusplus said:
Considering how rarely they release singleplayer games you could be excused for not believing that. They're spending 5-8-10+ years between games, and inbetween that time they churn out gambling or microtransactions for their main money makers.

So I would love the chance to play the older great games, like RDR1, which is only available on PS3 and Xbox360. That could do a bit to fill the inbetween.
Click to expand...

Spreading their attention to rehashing their past library certainly isn't going to make them put out games any faster.

I'm fine with that given the PC audience gets shafted with every new game they release. I'm referring to the massive amount of bloated DRM that RockStar puts into the game.

You couldn't even play the GTA remastered Trilogy till they fixed the DRM.
"Founding member of the Grumpy Gamer Club & Never happy unless I'm complaining"

Well, it's not as if they had actually started on a RDR remaster. It sounds like they were only throwing the idea around.

Somewhat unrelated, but I didn't think this was worth starting a new thread for. A bunch of (early) footage from GTA VI was leaked online yesterday. It confirms that the setting is Vice City, and it also shows both a male and female playable characters. 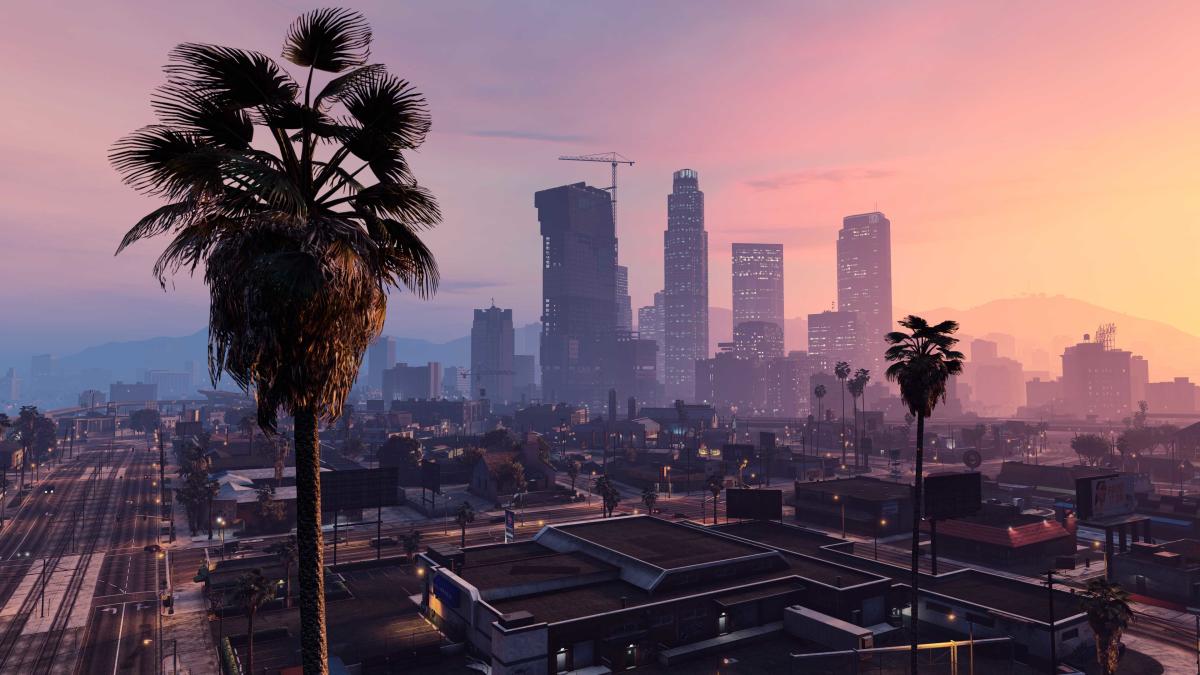 A massive trove of footage from the next installment in Rockstar’s Grand Theft Auto series has leaked online.

I loved Vice City back in the day, but it's a little pathetic to redo that setting.

They have all the money and opportunity in the world to evolve the franchise - and so one would hope they could come up with something just a little bit unique.

Anyway, early leak and anything can happen. I certainly hope they evolve the gameplay - but I wouldn't expect much.

I've never spent a lot of time on any GTA game, but Vice City was my favorite. I don't mind that they're using that setting again, because, two decades later, they have the tech now to present it in a much different way.

It's still not something I'm really excited for. I've never been a big fan of Rockstar's style of gameplay, and I don't foresee this changing my opinion.

Vice City is my favourite so far as well. It had an enjoyable story and the missions were still mostly focused on a mix of driving and shooting. Good soundtrack and the main character was likeable. While I liked GTA V I also felt like it was a bit too big and I didn't particulary like the switching between characters. By the end of Vice City I felt like I knew every inch of the city and knew all the short-cuts/secrets. There were streets in GTA V I probably never even saw!
Favourite RPGs of all time: Wizardry 6, Ultima 7/7.2, Fallout2, Planescape Torment, Baldurs Gate 2+TOB, Jagged Alliance 2, Ravenloft: The stone prophet, Gothic 2, Realms of Arkania:Blade of destiny (not the HD version!!) and Secret of the Silver Blades.

Agreed, GTA V was huge, and in comparison the story felt very short, making the game too much like a sandbox. If they come back to something more balanced it's for the best, although I'm not a big fan of the genre either.

I also liked Vice City, probably the best of all GTAs, but it was mostly due to the strong influences from Scarface.

As similar to GTA games RDR2 is, it's still at least a more unique setting. GTA 6 looks awful compared, in how derivative it is.

I think ideas have been thrown around, but there's hundreds of settings that could make much 1000x more interesting. Even a Blade Runner-esque setting would be way better. And if they really put the creative energy behind it, I think it could even be better than CP2077. If they would do the realistic approach they did in RDR2, but in a sci-fi future city.
… because I love the unknown. love the unknown. he said he loves the unknown …
​

Every game in the series has pretty much been more of the same. I'm not sure why GTA 6 is somehow different or worse than the previous games.

True enough, though I thought San Andreas had a lot of interesting RPG mechanics.

Interesting in concept, not in execution. RDR2 had some of that as well.

I think there's almost infinite room for expanding that in an immersive way, which is exactly what Rockstar would be good at.

They seem to care a lot about immersion in terms of feature implementation, so it boggles the mind the actual mission structure is so archaic and rooted in the ancient past. Playing one of their missions feels like something from the 90s - if you look past the spectacle of it all.

Now, the setting doesn't have to be the primary thing about a new game - and I'm fine with Vice City done with modern standards, I just think it's weak as far as imagination and innovation goes.

Not all games have to be imaginative or innovative, but when you have these kinds of budgets and the freedom to do what you want - it really is not very impressive to just retread old ground.

At least not from my perspective.

I agree with danutz, and I would love to see a more immersive Cyberpunk/sci-fi setting with the kind of engine and asset fidelity Rockstar can do.

But oh well, obviously not going to happen here. 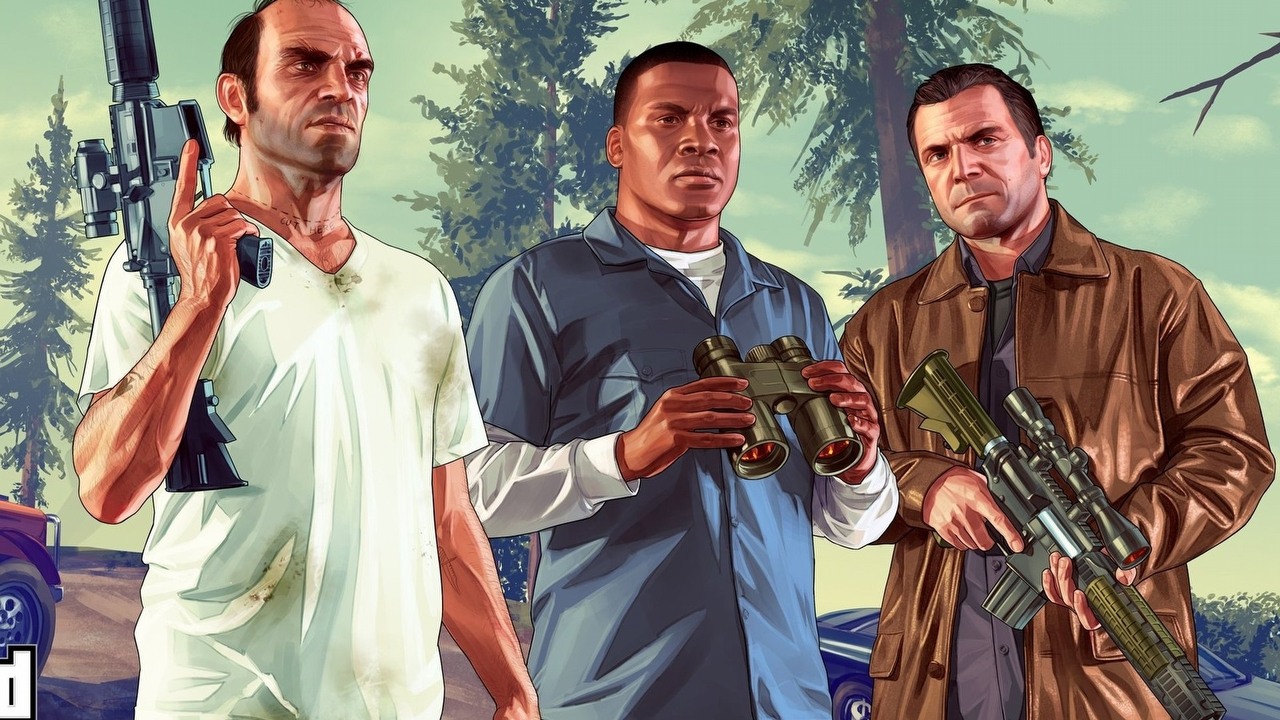 Rockstar Games is disappointed by the massive data leak and unofficial reveal of Grand Theft Auto 6.

The possible leaker has been found and arrested it seems.

17-Year-Old in the UK arrested for hacking crimes, but could it be related to the GTA 6 leak?

Save 50% on Grand Theft Auto: The Trilogy – The Definitive Edition on Steam