Ian Currie is a part of the Jagged Alliance 3 dev team:

Seems like this is in good hands. Keeping the '3' in the name instead of going for a full reboot of the series is nice and acknowledges its heritage.

shamroxor said:
Seems like this is in good hands. Keeping the '3' in the name instead of going for a full reboot of the series is nice and acknowledges its heritage.
Click to expand...

I certainly hope that it will honor the original JA serie!
Everyone thinks i am crazy, but i am just adjusting to my environment.

It really looks like they are headed in the right direction on this one!
Favourite RPGs of all time: Wizardry 6, Ultima 7/7.2, Fallout2, Planescape Torment, Baldurs Gate 2+TOB, Jagged Alliance 2, Ravenloft: The stone prophet, Gothic 2, Realms of Arkania:Blade of destiny (not the HD version!!) and Secret of the Silver Blades.

I am also very hopefully after so many failed attempts to revive this series.

Fingers crossed that this actually delivers and can remain true to the franchise.

Never got into this series. I might have to check this one out and see what all the fuss is about.

This looks really good. Way better than I expected when I clicked on this news bit.

There actually was an update on Steam about JA3 (maybe I missed it in another thread): 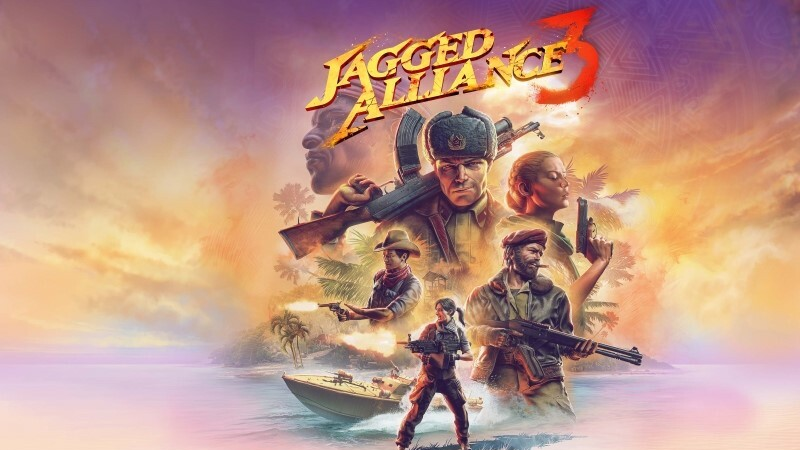 Don't F*** it up! How Jagged Alliance 3 Aims to be a Worthy Successor Sofia, Bulgaria / Vienna, Austria, January 19th, 2023: When developing a successor to a legendary franchise like Jagged Alliance, the most mentioned wish from fans is: "Don't f*** it up!" It's a tightrope walk to make sure the...

It's mostly the trailer and a link to their dev diary, which contains the juicy bits:

Legacy and Writing Hey everyone, my name is Ian Currie and I’m happy to welcome you to another Jagged Alliance 3 DevDiary. I am one of the original creators of the Jagged Alliance series and have been working with THQ Nordic and Haemimont on Jagged Alliance 3 for a couple of years now. I’m excite...

JDR13 said:
Never got into this series. I might have to check this one out and see what all the fuss is about.
Click to expand...

Same here. The games should be something that I enjoy, but when I got to play them two years ago I couldn't get into them. The standards of UI have evolved too much to familiarise myself with something that is that complex, I guess, and the gameplay during fights was too slow, IIRC.

If the JA3 is coming to GOG I will probably try it out.

Imagine making a game out of integrity and wanting to make a good game, and not to engage in a greedy exploit like most games these days...amazin'. I will buy this game no matter what, to support this philosophy.
"The old ways are lost," you sang as you flew
And I wondered why -- Loreena McKennitt - The Old Ways
To check out my games library, and see what recent games I'm playing, visit my steam profile! -- http://steamcommunity.com/profiles/76561197982351404

That's a really good point, Arkadia7, and certainly something we could use a bit more of these days. Not sure if I'll nab this at full price yet fairly certain I will get it at some time.

I sure do hope it comes together, cus it's been several lifetimes for this series.

They got the look down, it looks pretty sweet.

Currie wouldn't be part of this project if it wasn't promising. I'd guess that every other attempt over the last 20 years tried to get him to sign on and he was like, "cool story, brah". But in the Canadian way.

Oh, boy..
SSI Gold Box-style game, we are working on.

I remember Ivan from the first game and the thrill of having money to hire the more expensive mercs, such as Scully. He was hitting almost everything compared to those amateurs at the beginning of the game. JA1 was one of the first turn based "isometric" strategy games I played. It felt stunning at the time and I still remember the voices of the characters, such as Хорошо-хорошо from Ivan. I got far in this game but never played it through.

JA2, on the other hand, I never really got into. It did not have similar kind of appeal, probably because it was released after Baldur's Gate 1, which set the bar too high for other games. I did play JA2 until half-way or so, but got bored afterwards.

Uncertain whether I am excited about JA3.

Jagged Alliance 2 with all the mods costed me several years of my life...

I didn't do any of the mods for Jagged Alliance two yet I recall the base game alone took plenty of time to complete. At the time I remember people from Verant yelling at me that I needed to play more of EQ1 -p