Just a guy that wishes to show his trash RPG Maker project progress.

It's an ARPG based on DnD 3.5/ DnD Pathfinder. I'm not trying to sell people on the project. It's an RM Maker game, and people hate those. I'm stating this to stop the facepalms and be transparent. I am not the type of person that hides anything and upsells poop while pretending others are useless…

I've rewritten all of the engine's code, so it's me just using RM as a compiler. Here I'll show the progress.

1. Races, Genders, and an absurd degree of customization:

Races:
There are four player races (Human, elven, shade, cambion), and in these races, there are ethnicities. Human has Neigi, Forbidden, Weish, and Oxain. Elves have Lunaris, Forest Elf, Exiled Elf. Shade has Lich and Wraith. Cambion has Succubus/ Incubus and Changelings. Genders:
Player Characters can choose between Male, Female, or Custom.
You can choose pronouns and any voices, including genderless.

Beyond customizing everything about your backstory, player character, and build… I find that "Point Buy" offers the most accurate customization. You can do that in-game now.

2. Builds and their Impact.

This is an Action RPG (as I said, I've ripped out all of RM's guts and used it as my compiler). Each race and character build is unique.

Mages can counterspell with a custom combo input module.

Rogues and Agile characters can use mobility, including wall runs and wall jumps.


…and you're able to multiclass, so you're not limited to one set playstyle.

I'm working on a skeleton in which you can customize your player's homestead (by nefarious means [read: clearing out bandit or big bad territory] or just buying one legally)

Climate / Day Night is -not- just put there to look pretty. Vampirism and Troll-Descended players are paths you can take… there are also Were-beast player characters (All are under variants except Troll Descendants, a bloodline feat). Vampires and troll descendants are damaged by the sun. They cannot walk in daylight (trolls are paralyzed when their HP runs out and Vampires are killed). Werebeasts are affected by the full moon - every day, month, and year (down to leap years) are accounted for and noted in-game.

Night vision is a thing. Why would I forget this?

This is how it looks when you're a character without night vision in dark areas. 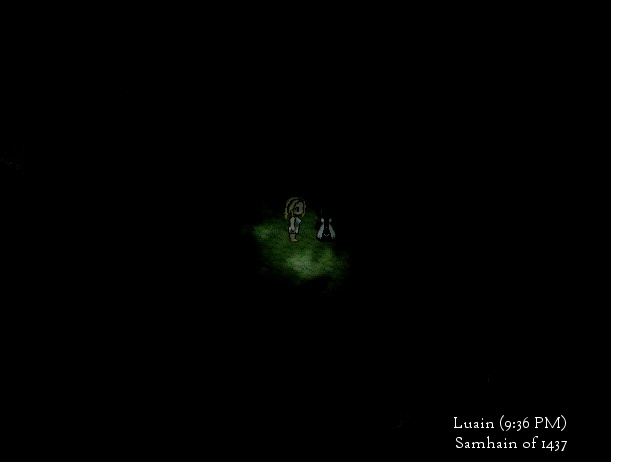 Currently, this is how the night looks with characters that can see in dark areas. I.e., Night Vision 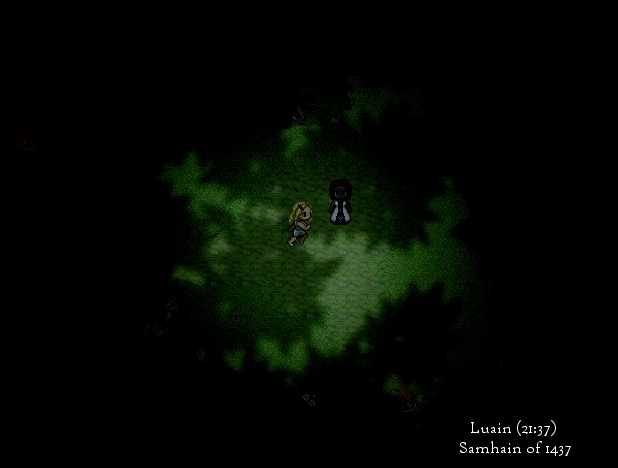 Good luck on the project. You've obviously already put a lot of thought and work into this. No need to run yourself down quite so much, imo.

You might be surprised on how many actually would enjoy this type of game. In any case, thanks for letting us know and keep on with the stellar work!

Good luck on the project. You've obviously already put a lot of thought and work into this. No need to run yourself down quite so much, imo.
Click to expand...

It's a passion thing. I don't mind being a stickler for detail

You might be surprised on how many actually would enjoy this type of game. In any case, thanks for letting us know and keep on with the stellar work!
Click to expand...

I'm not expecting many to care :/. Thanks for the vote of confidence!

While ARPG are not my preference, otherwise it looks / sounds very interesting. I am curious how you will translate 3.5e style rules to real time combat, considering D&D has a chance to hit based on attack bonus vs. armor class and whether you hit with ARPG is typically determined more by player reflexes or timing (if not automatic with every click).
Last edited: June 28, 2021

The only way to completely negate attacks are perfect guards, evasion, or parries.