What I've Been Watching: The Catch-All Film Thread

I've seen all three and agree with Danutz. Northman does a good job of sitting somewhere between authentic and standard hollywood revenge flick. I enjoyed the first 1/3 more than the rest of it and I thought some of the rituals were quite well done, although I can't judge it for authenticity but it "feels" right. Good camera work. I'd give it a 7/10.
Favourite RPGs of all time: Wizardry 6, Ultima 7/7.2, Fallout2, Planescape Torment, Baldurs Gate 2+TOB, Jagged Alliance 2, Ravenloft: The stone prophet, Gothic 2, Realms of Arkania:Blade of destiny (not the HD version!!) and Secret of the Silver Blades.

Watched a bunch of films on BBC's iPlayer network this week:

Land of Mine (2015) is a Danish film that has optional English subtitles, and likely Danish subtitles for the German unless it's one of those cases where all Danes speak German anyway. It's about some German PoWs who are forced to clear their mines off of the Danish beaches after the end of hostilities of WWII. 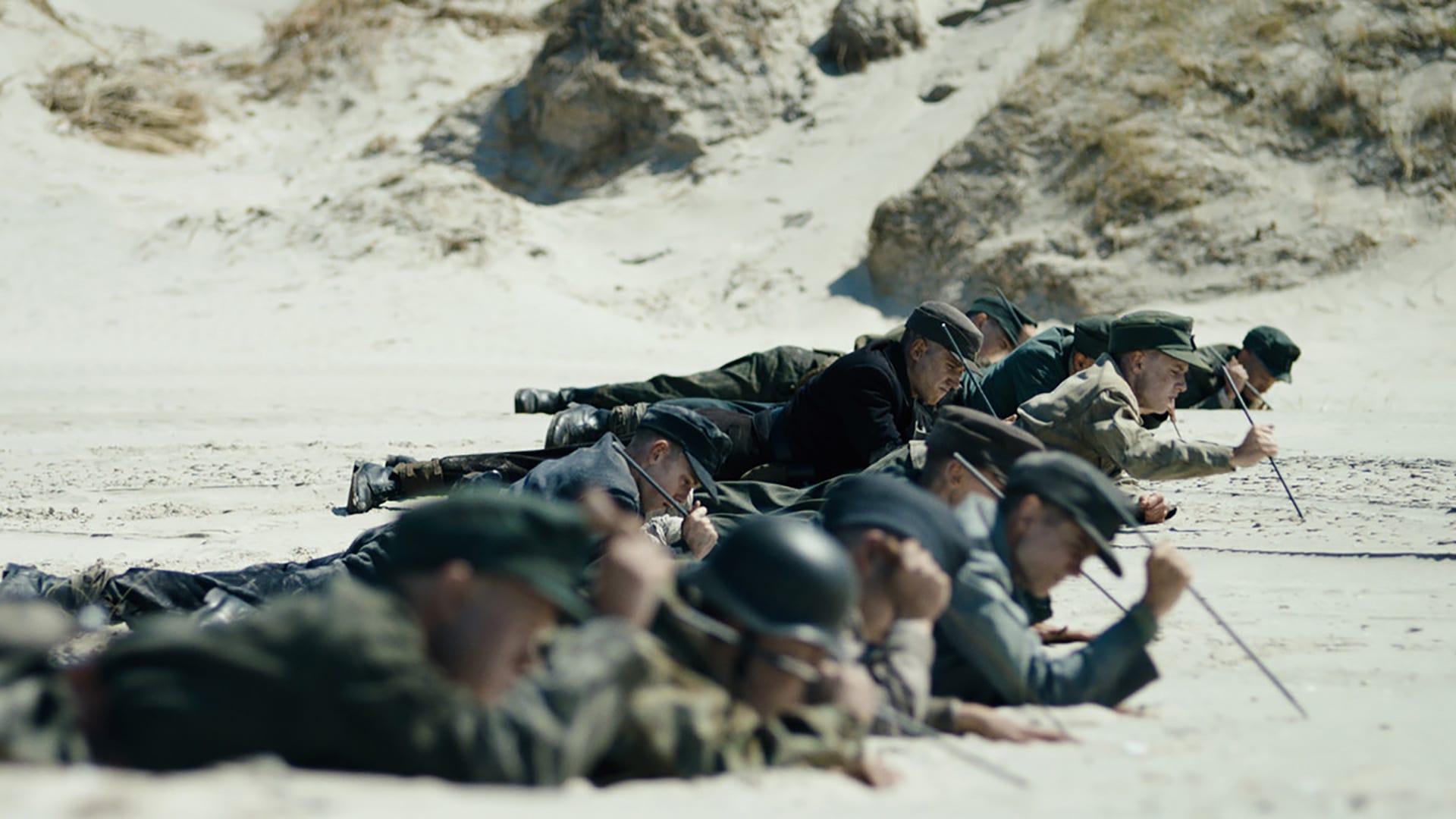 Our German-loathing lead is assigned a troop of teenagers, to which you can pretty much predict how this is going to go. Where it stands out is that even with the predictability pretty much every single emotional beat hits home. So great acting, directing, script and all of that.

Also a great opportunity to see how lots of explosions in a film can still mean an emotional rollercoaster rather than a dumb popcorn movie, M. Bay take note. 8/10

The Accountant (2016) is a Ben Affleck thriller that borders on b-movie action flick while simultaneously bordering on Oscar bait, as he plays a severely autistic forensic accountant who works for criminal gangs but also specialises in Punisher'esque solo assaults on bad-guy citadels after being brought up by a militaristic father. 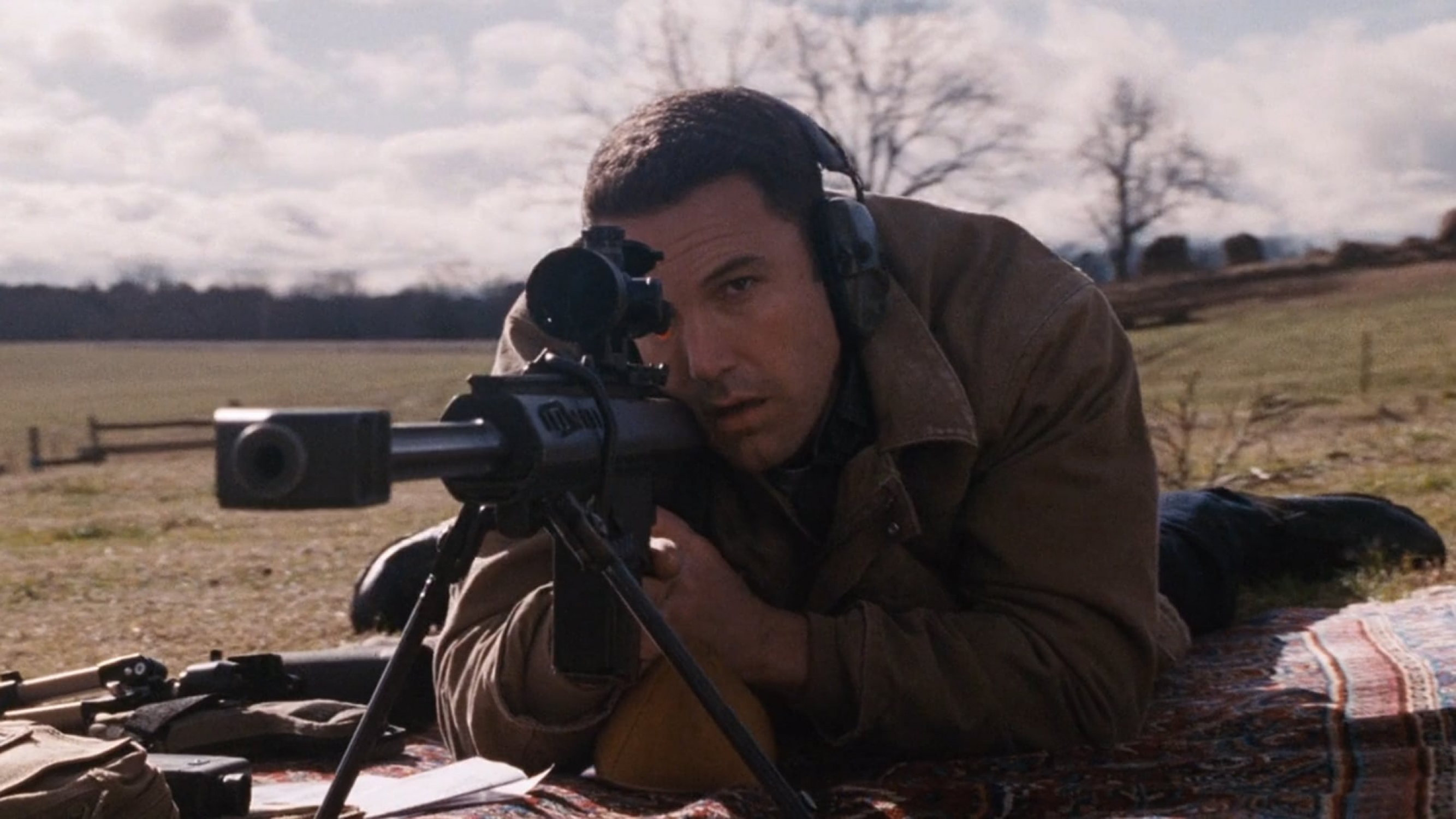 The best Punisher/Batman film I've ever seen, even though it has neither. 8/10.

The Edge of Darkness (2010) was Mel Gibson's big return to acting after his long and controversial time out in the 2000s. It's a conspiracy theory political thriller where Gibson plays a police detective.

It plays ok while you watch it, but even after just a few days since having seen it not a lot remains in my memory. Gibson's daughter is murdered in front of his face, Gibson sets out to find out why.

Having the film start out with his daughter saying "I need to tell you something dad" after being with him for the entire day, and then, just as she's about to reveal all, she throws up and needs to be 'got to a hospital' first, when she's then shot immediately upon opening the front door, kinda tells you all you need to know.

But as I said, it plays along just fine as you watch it nevertheless. 7/10.

This is Spinal Tap (1984) is the classic mockumentary about an imaginary rock band of morons who became famous and then we follow them as they fade from public view.

It's an intelligent and well made spoof, but it didn't make me laugh out loud much and could well be one for rock music niche fans only. I didn't spot too much universal appeal beyond crude sex jokes and some classic slapstick. I don't doubt for a minute that the in-jokes about rock music just don't tickle me like they might someone obsessed with 70s rock.

Well made, but less laughs than I was expecting due to the unrelenting hype that inevitably precedes watching this title6/10.

Got around to watch the new Firestarter last night.
Holy shit - this got a theatre release?

At first I was optimistic as the intro was great and had some nice stylistic flourishes. But it quickly went to shit. At times the actors were obviously trying, but later it was very much like first-take material, like they were running out of time and budget and needed to get it in the can.
Zac Efron and Gloria Reuben were totally miscast, though their "acting" efforts didn't help. Zac seemed totally unfazed by his wife being murdered and his daughter setting fire to a cat.
And then the plot changes. It's not unusual for adaptations to change things a bit, but usually they try to have it make sense. Consistent character motivation? What's that?

Total shit.
Proud leader of the Shit Games Liberation Front
All your shit games are belong to us

Shirley (2020)
I was hoping for a biopic about a writer I like, or maybe a drama with psychological thriller elements. What I got was an annoying film with annoying characters and annoyingly fictionalised versions of the real thing (e.g. the film's SJ is childless for some reason).
Critics loved it.
Could not finish.
Proud leader of the Shit Games Liberation Front
All your shit games are belong to us

Shagnak said:
Shirley (2020)
I was hoping for a biopic about a writer I like, or maybe a drama with psychological thriller elements. What I got was an annoying film with annoying characters and annoyingly fictionalised versions of the real thing (e.g. the film's SJ is childless for some reason).
Critics loved it.
Could not finish.
Click to expand...

Wow. So bad. Like Marvel and Evil Dead had a mutant baby. And then I looked on IMDB just out of curiosity... Sam Raimi director. Oh.

Wow. So bad. Like Marvel and Evil Dead had a mutant baby. And then I looked on IMDB just out of curiosityâ€¦ Sam Raimi director. Oh.

Were you really expecting otherwise? What was the last good Marvel movie? I can't even remember at this point.

Never been all that amazed by Marvel fare... but this was on a whole other [worse] level.

I also find Marvel movies overwhelmingly mediocre. They often have 1-2 elements that are okay which stop them being terrible but the lack of artistic flair is obvious. The formulaic one-liners, the comic sidekick, a redemption arc for the main character or sidekick and the constant introductions to the next movie in the credits.

You go in knowing what to expect and you are rarely suprised. At this point we only have ourselves to blame for still watching them!

The last one I watched was Morbius. I would give it a 4 or possibly a 5 out of 10 if I was being generous. Leto wasn't too bad as the title character I thought. Highly forgettable movie though - I literally barely remember the plot even though I watched it about 2 weeks ago. It might be my old age but then again I can still remember the plot of pretty much every decent movie I have seen…

The last one I enjoyed watching was Logan in 2017 and the is quite awhile ago! Logan wasn't a masterpiece by any stretch but at least Patrick Stewart was in fine form and there were less one-liners than normal.
Last edited: June 24, 2022
Favourite RPGs of all time: Wizardry 6, Ultima 7/7.2, Fallout2, Planescape Torment, Baldurs Gate 2+TOB, Jagged Alliance 2, Ravenloft: The stone prophet, Gothic 2, Realms of Arkania:Blade of destiny (not the HD version!!) and Secret of the Silver Blades.
F

Well it's important to note that when people talk about Marvel movies they are usually talking about MCU movies, which don't include Morbius or Logan (different studios and technically different universes). I generally like MCU movies (and personally I actually really liked Dr. Strange 2), but I won't touch anything from the Morbius universe.

Wow. So bad. Like Marvel and Evil Dead had a mutant baby. And then I looked on IMDB just out of curiosity… Sam Raimi director. Oh.

Marvel movies are more like adverts or hints (focus mainly on after credit scenes) of what to come next so that "fans" and the "media" have something to keep them busy with speculations and hype until the next movie. Otherwise they don't have much substance. The only exceptions for me were Captain America Winter Soldier/Civil War, Logan, Days of Future Past, and Deadpool.
C

The peak for me was the first Iron Man film. Taking ideas from original comics and changing them drastically is not the way to retain me as a fan, and far too many of the Marvel films seem to do this very thing. Do your own story, don't hijack a theme and attempt to bend it to your will.

This looks rather scary.

I saw Crimes of the Future, and man what a weird movie that was. I'm sure I didn't get the metaphor it was going for. It was sort of interesting, had plenty of gnarly scenes. Can't say I enjoyed it very much, but it was interesting.
… because I love the unknown. love the unknown. he said he loves the unknown …
​

I saw Crimes of the Future last night as well. I am a big Cronenberg fan and enjoyed the the majority of it but I'm not sure what to make of it as a whole film. I found the ending a bit abrupt and some of the characters were never fully realised/explained and there is quite a bit to hypotethise on.

The name perfectly matched the movie in many ways though. It could be applied to so many aspects of the film.


I didn't really figure out the "why" of those two service technicians though. Who were they really working for and why did they kill the doctor and the father of the kid. Were they working for the NVU? Or was it their employer LifeFormWare - that sells the home surgery kits? I'm guessing the latter as people accepting their new organs would negatively impact their business?
Favourite RPGs of all time: Wizardry 6, Ultima 7/7.2, Fallout2, Planescape Torment, Baldurs Gate 2+TOB, Jagged Alliance 2, Ravenloft: The stone prophet, Gothic 2, Realms of Arkania:Blade of destiny (not the HD version!!) and Secret of the Silver Blades.

War for the Planet of the Apes

It's 5 years old at this point, but I never saw it for some reason despite liking the previous films well enough. Like the other Apes movies, it's a decent popcorn flick but nothing special. Woody Harrelson plays the antagonist in this one and is his usual solid self, while Andy Serkis reprises his role as Caesar. Worth seeing if you enjoyed the prequels, but watch those first if you haven't.
C

One thing I know for sure, when it comes to the Planet of the Apes franchise, I'll stick to the originals. I saw all the recent ones some years ago and just remember how often I was rolling my eyes or reaching for a book.