Whalenought Studios explains the game's philosophy about leaving the players exploring without holding their hand.

You're on your own, Offworlder.

Calitana is a big, dangerous place; from the jungle to the streets, and the shadowy suburbs in between. Crucially, it’s also an open-world, meaning it can be explored as you see fit. But the level of player-agency lavished upon you, dear off-worlder, goes even deeper than that.

Mechajammer will not ram objectives down your throat. Nor will it offer up waypoints or bread-crumb trails leading to a destination. That’s all on you.

Mechajammer is heavily influenced by the glorious era of (both video and tabletop) games where the sense of adventure was heightened through use of a notepad and pen. You’ll need to be observant and come to your own conclusions about where to go, and how to get there. You’ll explore the world of Calitana at your own pace, but must be wary that around any corner you could face a stray wolf, crazed vagrant, or army of gangbangers. 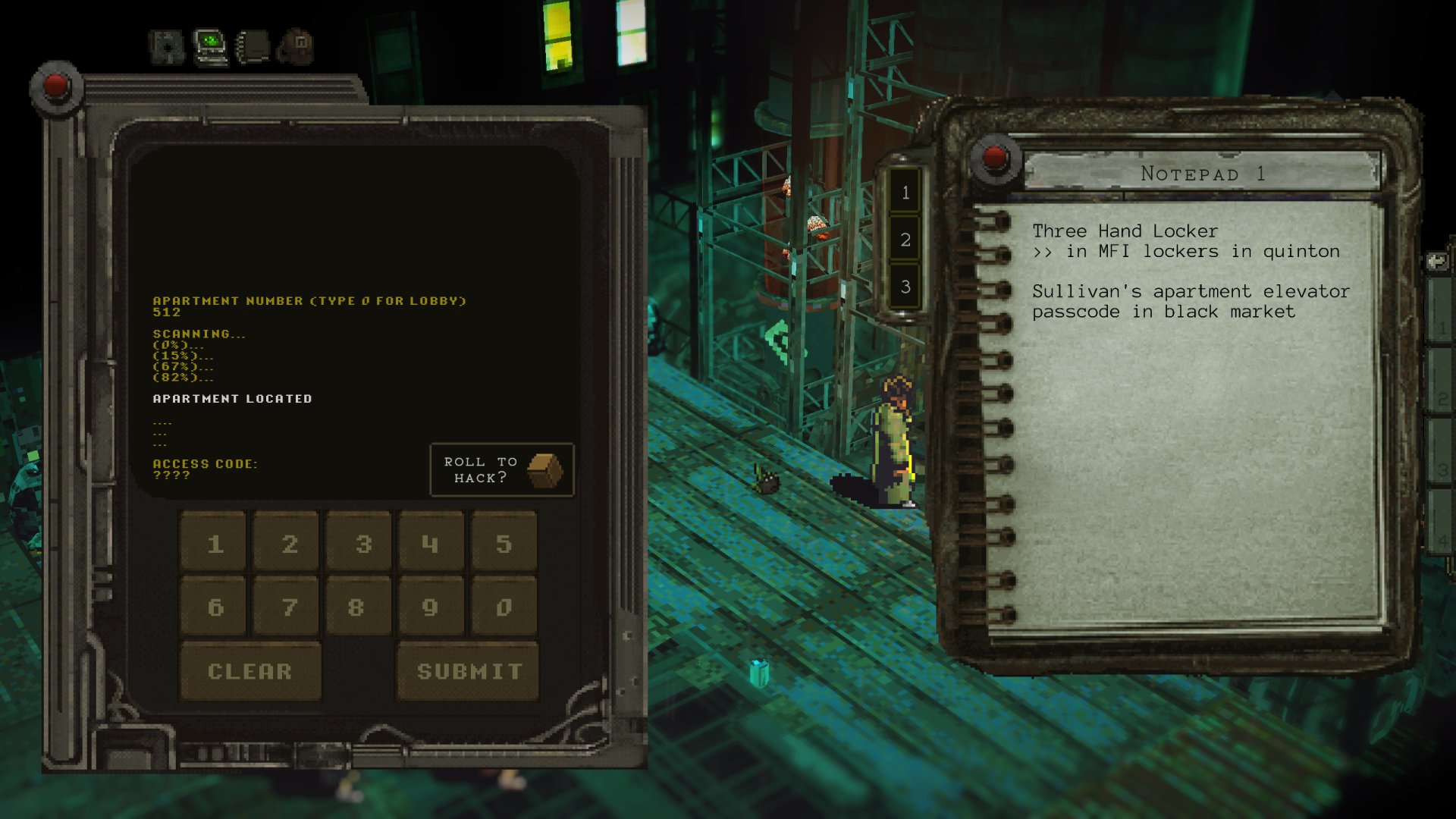 With all this in mind, you’re probably going to want a nice cosy spot to call home, then.

Outside of Calitana’s central urban-sprawl, on the edges of the city, you’ll establish a base of operations where you can return at your leisure. Here you can heal, hire new companions and accept new quest objectives before heading off into the thick of it once more.