Redglyph said:
Nature has always been a great source of romantic inspiration.
Click to expand... 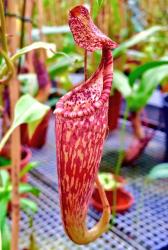 Well, whatever turns you on, I suggest this one : 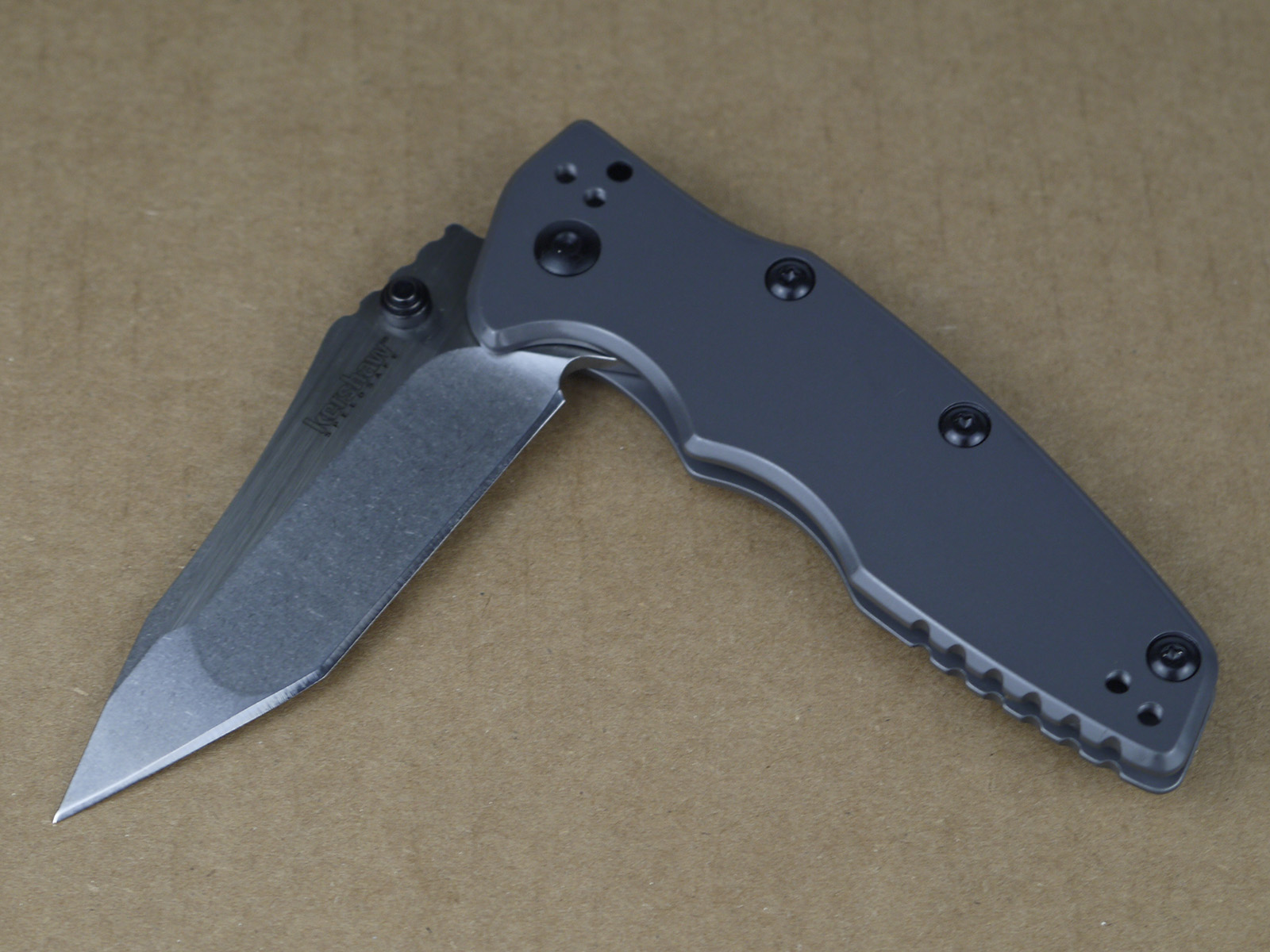 I don't always put a winky smiley when I'm being ironic, indeed.

But your humour is a different type, apparently.

Redglyph said:
Nature has always been a great source of romantic inspiration.
Click to expand...

Here it would be appropriate to link the video for Pink Floyd's Empty Spaces.

Eye said:
Well, whatever turns you on, I suggest this one :
Click to expand...

The term "turn on" or "to be turned on" is literally to be found as "anmachen" in the German language - both meaning switches and human intercourse.
Last edited: May 15, 2022
"Any intelligent fool can make things bigger, more complex, and more violent. It takes a touch of genius and a lot of courage to move in the opposite direction." (E.F.Schumacher, Economist, Source)

That's quite the weirdo (science.org, it's in Nature too but not free)

Largest bacterium ever discovered has an unexpectedly complex cell

By definition, microbes are supposed to be so small they can only be seen with a microscope. But a newly described bacterium living in Caribbean mangroves never got that memo (see video, above). Its threadlike single cell is visible to the naked eye, growing up to 2 centimetersâ€”as long as a peanutâ€”and 5000 times bigger than many other microbes. Whatâ€™s more, this giant has a huge genome thatâ€™s not free floating inside the cell as in other bacteria, but is instead encased in a membrane, an innovation characteristic of much more complex cells, like those in the human body.

EDIT: seems like the quoted text is mutating and getting more complex too 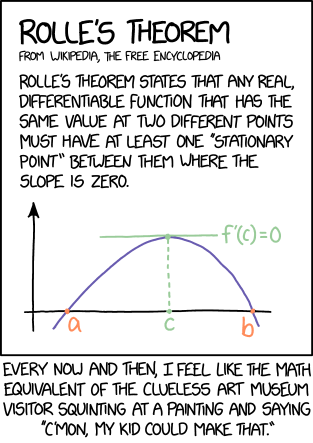 pibbuR whose favourite is the immedate value theorem.
Over the mountain watching the watcher

Here's a funny research application, propeller-less drones using ion propulsion. I had never heard of the idea before, not sure how I missed that.

Another project, with a plane this time: https://arstechnica.com/science/2018/11/small-drone-soars-on-an-ionic-wind-with-no-moving-parts/

I'm somewhat skeptical about the autonomy and the fact it will have to rely on batteries (because they require rare materials), but it's an awesome propulsion concept.

PS: I still prefer the smell of avgas and the sound of some propeller engines like the Merlin or any turboprop, but who wouldn't?

Robot made of magnetic slime could grab objects inside your body
Slime that can be controlled by a magnetic field can navigate tight spaces and grasp objects, making it ideal for possible uses inside the body
[. . .]
Li Zhang at the Chinese University of Hong Kong and his colleagues mixed neodymium magnet particles with borax, a common household detergent, and polyvinyl alcohol, a kind of resin, to form a slime that can be controlled
Click to expand...

Interesting thought but I'm not convinced, it raises too many questions.

More of the ingredients for life have been found in meteorites.

Space rocks that fell to Earth within the last century contain the five bases that store information in DNA and RNA, scientists report April 26 in Nature Communications.

These “nucleobases” — adenine, guanine, cytosine, thymine and uracil — combine with sugars and phosphates to make up the genetic code of all life on Earth. Whether these basic ingredients for life first came from space or instead formed in a warm soup of earthly chemistry is still not known (SN: 9/24/20). But the discovery adds to evidence that suggests life’s precursors originally came from space, the researchers say.

Scientists have detected bits of adenine, guanine and other organic compounds in meteorites since the 1960s (SN: 8/10/11, SN: 12/4/20). Researchers have also seen hints of uracil, but cytosine and thymine remained elusive, until now.

“We’ve completed the set of all the bases found in DNA and RNA and life on Earth, and they’re present in meteorites,” says astrochemist Daniel Glavin of NASA’s Goddard Space Flight Center in Greenbelt, Md.

Then who knows what happens with the force of impact when they hit the surface.

It would be more convincing if they gathered similar data from a meteorite on the Moon surface when they get back there. At least it would make any risk of earlier contamination much lower.

The thought of it is exciting though.

That seems to be in conflict with the RNA world hypothesis, too, at least on Earth.

Maybe these nucleobases are just everywhere in the universe. Every new planet that has been formed, has them already, just as every meteorite.
In the beginning the Universe was created. This has made a lot of people very angry and been widely regarded as a bad move. Douglas Adams

Maybe. I've found that NASA had reproduced C, T and U from pyrimidine in conditions that are similar to space. This would answer the question of resistance of some of the nucleobases in harsh conditions: maybe they were regenerated from that molecule instead.

Since it's widely available, perhaps it makes sense its derivatives were used as building blocks by organisms.

A is widely available too, but is that because there are already organisms? I don't know about G.

It is Friday the 13th.
Apparently Friday has a bigger chance of being the thirteenth than any other day of the week, that is what I learned from a Dutch newspaper.
In the spoiler you can find the calculation, translated using Google Translate.

Responsible for the fact that the thirteenth falls relatively more often on a Friday is the Pope who introduced the current calendar on October 15, 1582. What was the Pope's name? Gregory. What number? The thirteenth!

Probability is counter-intuitive, sometimes (the birthday paradox, for instance). But nothing complicated here then, it's just how the calendar was set vs days of the week? Still, quite unexpected.

The Closest We Have to a Theory of Everything:

HiddenX said:
The Closest We Have to a Theory of Everything:
Click to expand...

At first when I saw the equation, I thought she was proposing to stop the entropy from growing. :lol:

That's an interesting point of view that I've never seen before. She seems good at taking a different perspective on a known theory.

The "how does it know about the future?" is a bit of a bait that illustrates that perfectly, it's very well done. I remember another similar question which asked how the time knew that it had to flow in the positive direction, in physical equations involving time.

PS: I have a trickier one: why, when we look ourselves in a mirror, is our left & right parts of our body inverted, and not the top / bottom parts?

Sabine Hossenfelder can explain complicated topics with less words - I like her videos.

I wish people were able to explain math without math terms.
The only book with which I really learned to understand math was "Mathe & PC", the predecessor to "Mathe Macciato", illustrated by Werner 'Tiki' Küstenmacher.
Apart from that, I never saw any book that could explain math to me. Which is very likely because I have a totally alien way of understanding math because of my Dyscalculia.

I wish Math professors were trying to explain Math to people with Dyscalculia.

( Hey, and I don't mean videos ! )
"Any intelligent fool can make things bigger, more complex, and more violent. It takes a touch of genius and a lot of courage to move in the opposite direction." (E.F.Schumacher, Economist, Source)

Short version in English language : https://www.scientificamerican.com/article/these-shellfish-could-kill-you/
"Any intelligent fool can make things bigger, more complex, and more violent. It takes a touch of genius and a lot of courage to move in the opposite direction." (E.F.Schumacher, Economist, Source)

More History : Photos found hidden behind cupboard : https://www.bbc.com/news/uk-england-hereford-worcester-61425923
"Any intelligent fool can make things bigger, more complex, and more violent. It takes a touch of genius and a lot of courage to move in the opposite direction." (E.F.Schumacher, Economist, Source)

History : The Colonist Thomas Morton and his Merrymount at Quincy by Wollaston

Morton's The New English Canaan has been described as "an important work of early American environmental writing",[12] as well as the first book banned in America.[1][6]
Click to expand...

"Any intelligent fool can make things bigger, more complex, and more violent. It takes a touch of genius and a lot of courage to move in the opposite direction." (E.F.Schumacher, Economist, Source)