Ripper said:
... but mainly each episode is about dealing with the forehead-of-the-week situation, and talking about it in rooms.
Click to expand...

Ha, yeah. We've had so many slightly differently shaped ears and noses at this point. ST

NW introduces yet another barely different alien species this week. Pretty good episode though, I thought.

Again, in the original Star Trek, the Gorn hadn't ever been seen in person, so that's sheer canon. Then again, current Trek shows have absolutely no respect for established canon, so who knows what'll happen, lol.

Carnifex said:
Again, in the original Star Trek, the Gorn hadn't ever been seen in person, so that's sheer canon. Then again, current Trek shows have absolutely no respect for established canon, so who knows what'll happen, lol.
Click to expand...

Huh? That's not true. Maybe you're mixing them up with some other aliens. The Gorn is the lizard guy and you see him for an entire episode.

So, apparently the plot of this week's ST

NW is a blatant rip-off of "The Ones Who Walk away from Omelas" by Ursula LeGuin. I'm a LeGuin fan, but never read that so I didn't notice. Uncredited as far as I know, just like all the other plots they've been ripping off this season.

This is becoming a real conflict for me to keep watching. Being this creatively bereft and not acknowledging their sources is gross behavior.

JFarrell71 said:
This is becoming a real conflict for me to keep watching. Being this creatively bereft and not acknowledging their sources is gross behavior.
Click to expand...

At this point, I'm think only still watching because I have a crush on half the crew. 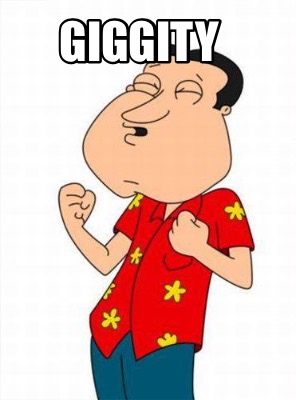 JDR13 said:
At this point, I'm think only still watching because I have a crush on half the crew.

You're not wrong, it's a damn attractive cast. Gia Sandhu in particular for me is drop dead gorgeous.

Yes, I mean up to the point where Kirk actually engaged the Gorn. Until then, unless I've mistaken, they'd not actually laid eyes on them, similar to the Romulans of that era. So for Enterprise now to actually see them, physically, would be a grievous error.

I tried watching the new Marvel show, I quickly gave up after maybe three minutes. Obviously not for folks like me!

Then I finished with Night Sky, a bit abstract maybe and could really use some more character development, yet the potential is there for something really good. I'll be on board for a second series, if that happens.

Oh, and I also checked out the first episode of series three for Evil. I don't care for how they seem to be attempting to throw David and Kristen together in some romantic fashion, yet other than that and the annoying children, it's a fine show. The RIP for Peter Scolari was a nice acknowledgement of his work.

I finished the new Bosch series last night, Legacy. All in all, while I miss some of the cast from the earlier show, this one is well worth watching. I quite enjoy Madeleine's induction into the police force, and the conclusion finds her in what appears to be rather dire straights.

Dire straits. If you like to know such things. It's a reference to the water passage, not to things that are not crooked.

Drithius said:
I thought it was a band with one of the greatest guitarists of all time

If what I heard is true, they chose that name because they were rather poor back then.

Just finished watching the latest episode of ST: SNW. Yet another episode with an alien species that looks 99% human and speaks the same language. Is this a budget thing?

JDR13 said:
Just finished watching the latest episode of ST: SNW. Yet another episode with an alien species that looks 99% human and speaks the same language. Is this a budget thing?
Click to expand...

They've been doing that forever on Star Trek shows.

Could actually be a budget thing, though. When I did a ST:TNG rewatch a few years ago, I read Memory Alpha as I watched each episode and the budget (and lack thereof) came up all the time. They had to constantly fight to get things approved.

I might prefer the nose ridges and forehead bumps and stuff to some of the more complete makeup they've done, to be honest. Aliens like the Hirogen looked dumb.

Ripper said:
I'm curious now - maybe it's only a phrase we use over here? Literally means to be in dangerous waters, or figuratively to be in any really bad situation.
Click to expand...

I'm an American. We use the phrase here.

Yeah, Star Trek: STN seems, at the moment, to be very average. And they changed so much aboard the starship that it doesn't even make sense. I really like Mount as an actor yet not inclined to stay with the show atm.

JDR13 said:
Yet another episode with an alien species that looks 99% human and speaks the same language. Is this a budget thing?
Click to expand...

You only notice this now?

Back in TOS they also couldn't do any better (that's why Klingons looked like humans with black beards). Starting with TNG, probably mostly a budget thing, still. Later on, probably just a Star Trek thing.

There was actually a TNG episode that explained the humanoid races in-universe: The Chase (S06E20). Specifically, most humanoid species derived from or were directly seeded by an ancient race that used themselves as a template: Ancient humanoid.

As for the language, that's easy. It's the Universal Translator at work.

Aliens don't speak perfect English only when their syntax is so strange that the UT can't make heads or tails of it. This happened a lot in Enterprise, when the UT was still very much in development and it often took a while to translate new languages. Another example is the Tamarian language, from another iconic TNG episode. The Tamarians spoke only in allegory, which the UT translated to English, but that didn't help with understanding at all. Sokath, his eyes opened.

The network has entered into early development on its first sequel to its blockbuster fantasy drama: A live-action spin-off series centered on the fan-favorite character Jon Snow, The Hollywood Reporter has learned.

Kit Harington is attached to reprise the role should a series move forward.
Click to expand...