A few props I cobbled together from the existing assets: 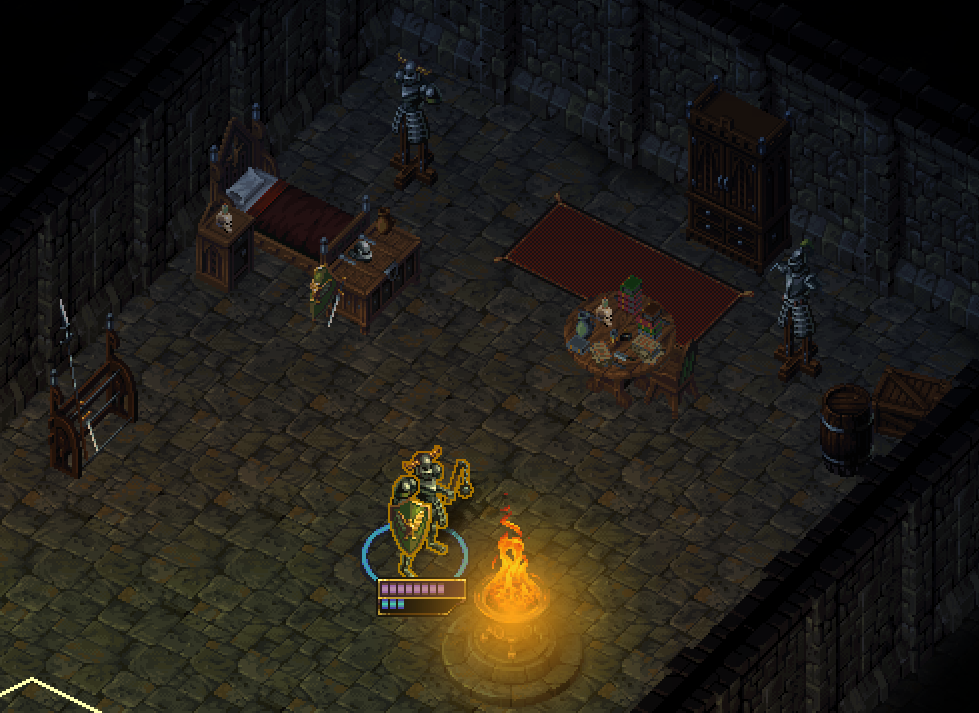 And here is an animation to showcase the paperdolling:

And the imgur album for the paperdolling system 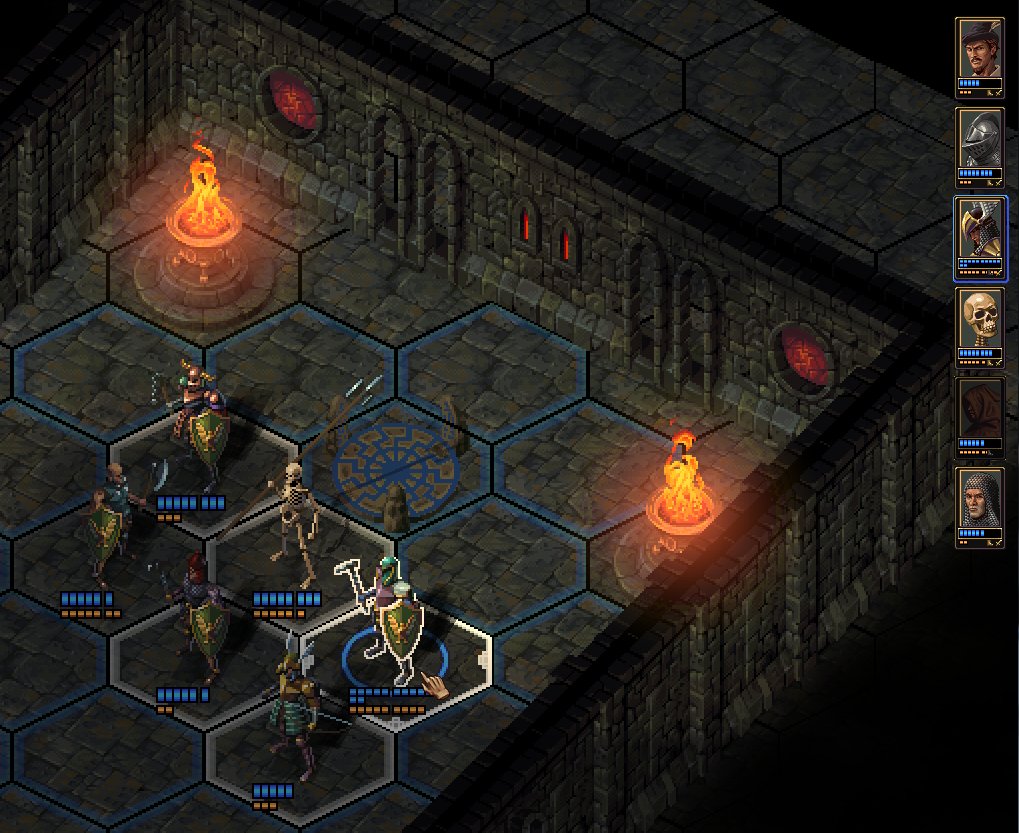 These last months, we have worked on improving the level design process, adding props (like the windows you can see here), and a few powers. 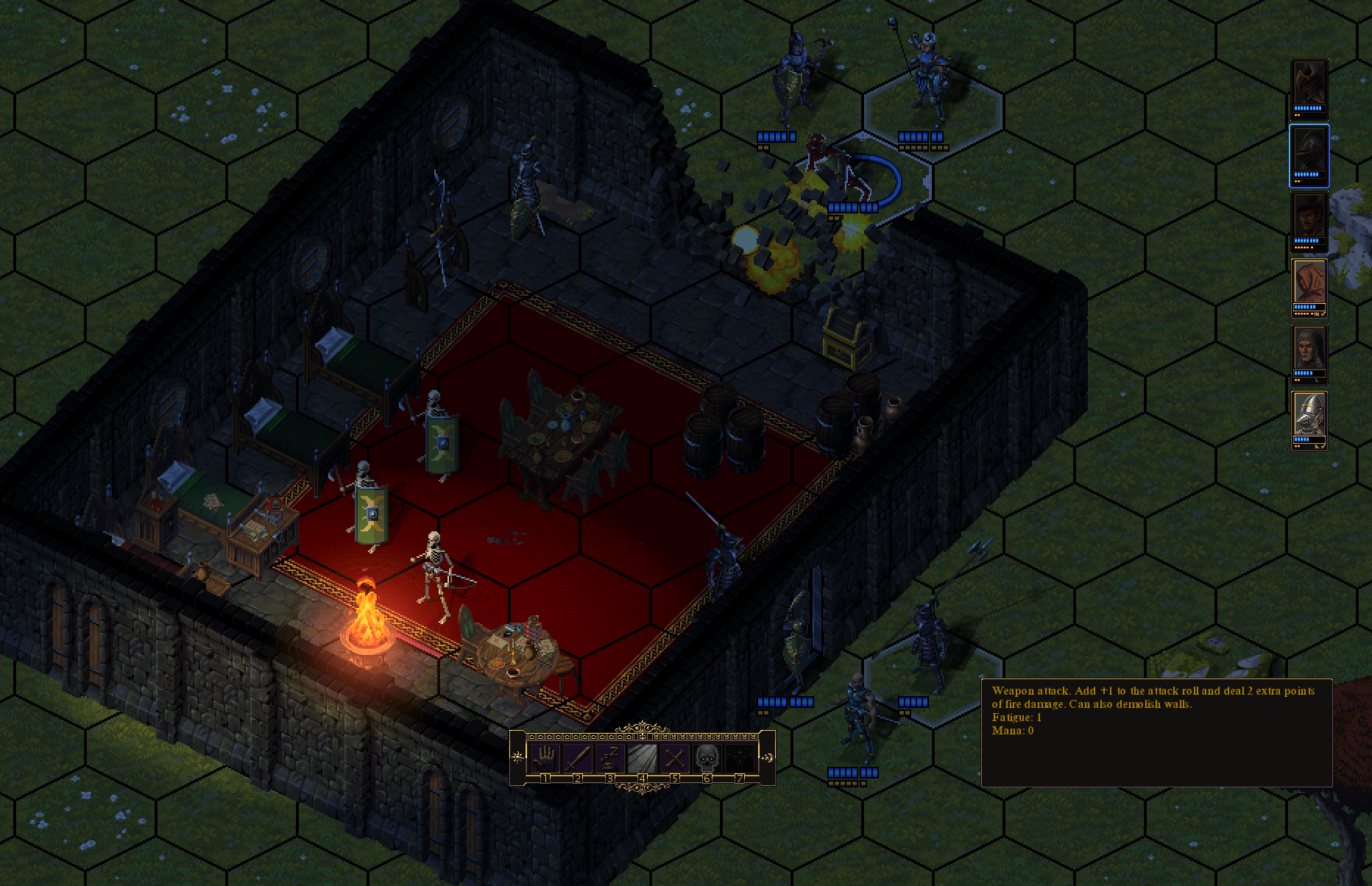 And we have revamped the sound system, so that our musician has greater control on the sound parameters and timing.

Gameplay wise, we have revamped the way DoT, support and disengagement works.
Supports now works a bit like in Blood Bowl: Each other character who is adjacent to the target or attacker without being in the zone of control of another opponents provides support to the active character (both in defense and attack).

Regarding DoTs and debilitating conditions, the target gets a saving throw every turn instead of having a fixed value (same for buffs, bot the targets needs to pass a given threshold).

Disengagement doesnt give an attack of opportunity, but failing a disengagement test stops movement, and gives the character an attack and defense malus (he can still attack afterwards). 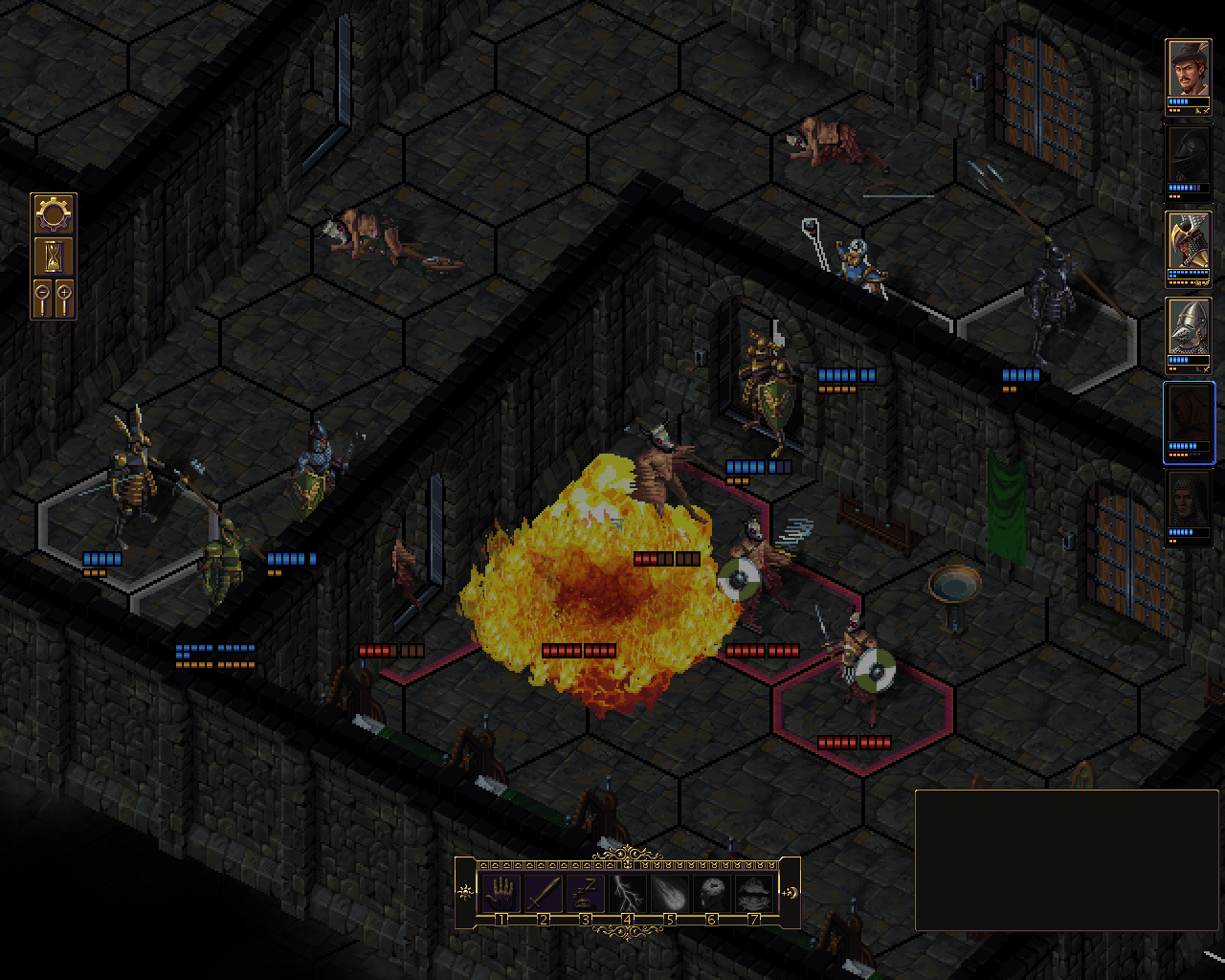 Thanks for the info.

20 months between posts...is this Cleveland Blakemore?

Looking really nice to me, my tactical spidey sense is tingling!

Haha, I am a man of few words. That and talking about UI overhaul is not really my cup of tea!
I also think that Cleve was a lot more talkative

And taking screenshots can be a bloodier affair than it seems! 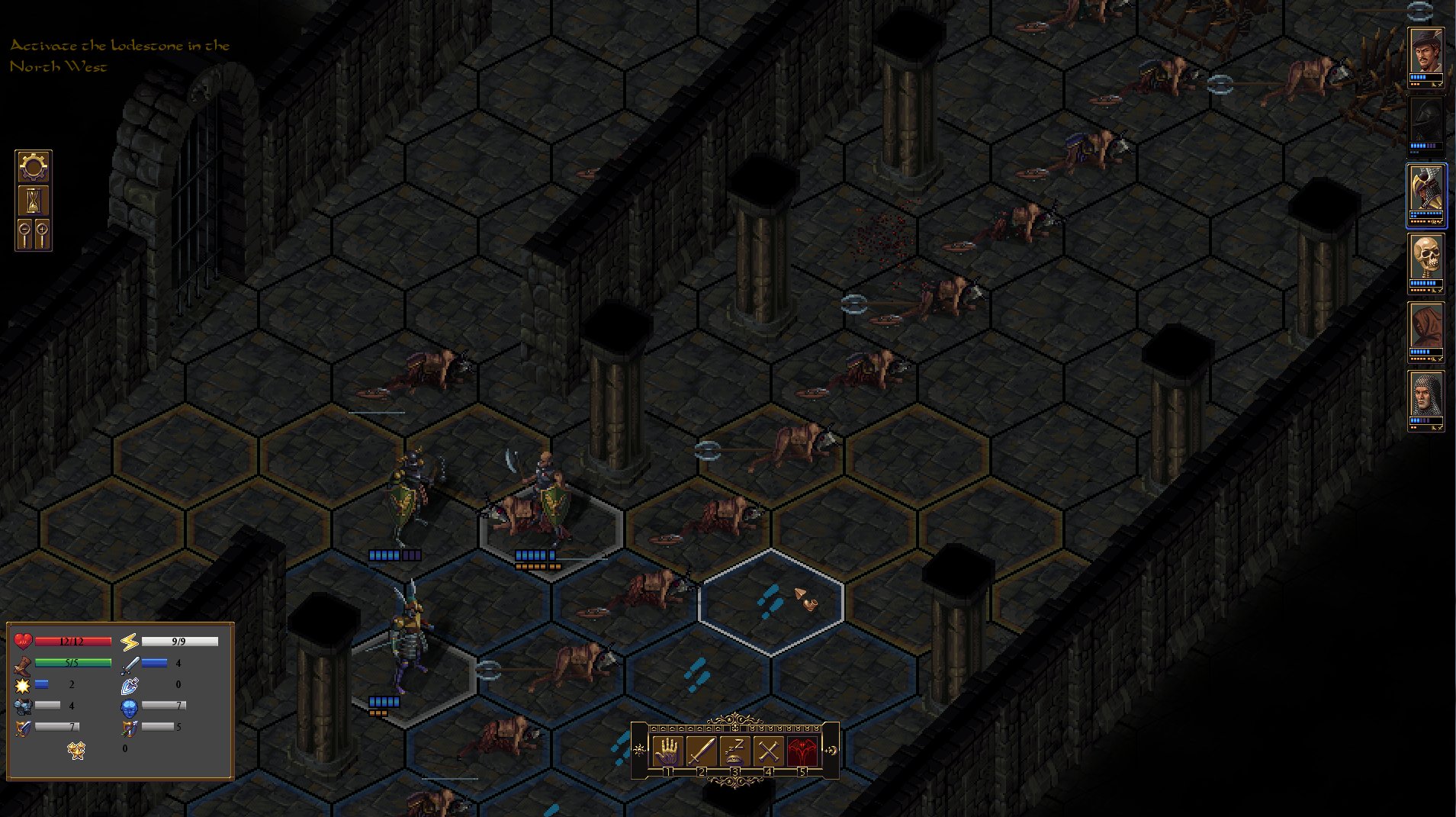 I only wanted to reach the room on the left to take a screenshot…
Last edited: January 26, 2021

and a preview of the opponents:

There was a cool preview of the game in a French magazine, CanardPC, here (but it is for subscribers only):
https://www.canardpc.com/416/votre-horoscope-de-2022-zodiac-legion

Here is the first recent video preview of the game:

Beware, the music is very loud in the beginning.
Last edited: February 21, 2021

I have some good news to share at last:
Zodiac Legion has been selected for the Guerrilla Collective on June 5th:

Our gameplay trailer will be played between 6 and 8 PM CEST on their twitch channel.

We also got our grant request approved.

Also, we have a better Wall breach gif!

Congrats on the selection. ZL looks like it's shaping up nicely.

It's looking really good to me, Galdred. Congratulations!

Thank you! Things had been a bit rough the years before, but it looks like the stars start to align at last!

And here is our gameplay trailer.
It is a bit lengthy, but I wanted to show several "complete sequences", as it was supposed to be a commented gameplay video:
https://www.youtube.com/watch?v=RbP3_u3JNnE$

Galdred said:
And here is our gameplay trailer.
It is a bit lengthy, but I wanted to show several "complete sequences", as it was supposed to be a commented gameplay video:
https://www.youtube.com/watch?v=RbP3_u3JNnE$
Click to expand...

Thank you!
We also recorded a LP video here of one of our dungeon raids:

I didn't voice it myself(between my accent, being too shy, and the LP having required a lot of restart as I discovered new bugs...) so our writer stepped in and commented it as he watched it.

There is a small combat demo on Steam if you want to try the dungeon crawling part:

There is no tutorial, but the game manual is here.

Splattercat recorded a video giving his impressions on the game here:
https://www.youtube.com/watch?v=14XkumkTkno