2006 should be stricken from the annals of CRPG history.  Not because nothing of any note was released - that’s something roleplay fans have learned to expect.  No, it’s because it should have been a fantastic year and ended up a hodge-podge collection of botched releases, compromised gameplay and worse: failed potential that sometimes offered just enough brilliance to really make it hurt.

Hyperbole aside, a number of high-profile franchises under-delivered, nothing of substance materialised out of Eastern Europe or Russia and the indie market fizzled, with the perennial exception of Jeff Vogel.

Love it or hate it, Bethesda’s Oblivion dominated the year and became, arguably, one of the most significant RPG releases ever.  It was both a critical and commercial success but even more importantly, Oblivion was quickly embraced by the media as the future of the genre and the gold standard with which to compare other games.

It will be interesting to see what elements the industry sees as the key ingredients to mimic Oblivion’s success.  Cutting edge visuals, a large contiguous world, physics-enabled action combat and loads of accessible content that can be experienced in any order are all part of the mix but the hardest thing to replicate will be the level of polish.

Any discussion of Oblivion would be incomplete without mentioning the controversies over purchasable micro-content and level scaling.  Oblivion certainly wasn’t the first game to offer inexpensive downloadable addons but Bethsoft has taken it further than any other offline RPG.  The first offering – horse armour for $1.99 – created a storm of protest but by the time Knights of the Nine rolled around, the formula had been refined.  Meanwhile, forums across the 'net have hotly debated Oblivion’s across-the-board scaling system, which attracted a good deal of criticism.  But don’t expect Bethsoft to admit it was a design flaw and don’t be surprised to see it firmly entrenched in future Elder Scrolls titles, because they know this was actually one of the reasons for Oblivion’s mainstream success.

…And all the Rest

Oblivion wasn’t the only major franchise sequel in 2006 – in fact, high profile sequels were the hallmark of the year.  Obsidian’s Neverwinter Nights 2 (NWN2) was certainly one of the most anticipated games of the year, with fans eagerly waiting to see what writer Chris Avellone would turn out.  NWN2 marked a return to classic party-based gaming and included an interesting stronghold scenario and crafting.  As with Knights of the Old Republic II: The Sith Lords, Obsidian delivered a darker, deeper gameworld but couldn’t match the level of polish that BioWare delivered before them.  NWN2 was also disappointingly linear and had some strange interface oversights but there are good signs that Obsidian will continue to develop and improve the title over the long term. 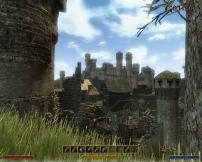 On to Gothic 3.  Devastatingly unpolished, flawed, badly optimised, replete with broken melee combat and released in a shameful state, Gothic 3 nevertheless had an improved character development system, is truly non-linear and has one of the most reactive gameworlds seen in many a year.  If there was ever a schizophrenic game still worth playing – this is it.  My simultaneous pick for Disappointment of the Year and Game of the Year.

Ubisoft resurrected the Might & Magic franchise with Heroes of Might & Magic V (HoMMV) and Dark Messiah of Might & Magic.  Nival’s HoMMV seemed to make few mistakes but didn’t really improve the classic formula while Arkane’s Dark Messiah sought to create a fantasy Half Life 2 with mixed success.  Arkane’s melee combat model was simply fantastic – visceral, bloody and energetic.  Unfortunately, the game didn’t really embrace this strength as effectively as it should have with the RPG-lite elements adding little, dreadful pacing and dire storytelling.  Still, the combat rocked.  Ubisoft has hinted that a “real” M&M RPG might be in the works, so it will be interesting to see where the franchise goes, although fans could be forgiven for being cynical.  Take a look at Celestial Heaven's The Year in Review for a detailed look at 2006 from a M&M perspective.

Hack’n’slash action/RPGs remained evergreen with Gas Powered Games releasing Dungeon Siege II to reasonable success, Namco releasing Mage Knight Apocalypse to little success and new developer (with plenty of old talent) Iron Lore producing Titan Quest.  Although Titan Quest suffered from a somewhat buggy release, it was clearly one of the best action/RPGs released in a long time and Iron Lore will undoubtedly look to create a franchise from this success.  Interestingly, Iron Lore hired scriptwriter Randall Wallace (of Braveheart fame) to write the story but this was one of the most criticised aspects of the game.  Go figure. 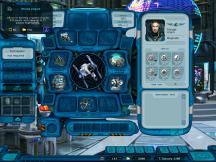 What happened to Eastern Europe, Russia and the indie market?  With the increasing costs of production and risk-adverse publishers, many RPG fans have placed additional hope in Eastern European and Russian games satisfying their hunger for deeper, “hardcore” or innovative games.  2006 didn’t fulfil that potential.  Sure, there were several high-profile games developed on distant shores (HoMMV from Russia’s Nival, Dark Messiah from French Arkane Studios and so on) but Space Rangers 2 was the only game that emerged from obscurity to capture any significant mindshare - and it had already been released for some time in other markets. 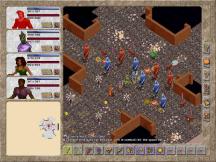 The traditional indie side continued to be represented by Jeff Vogel and, well…Jeff Vogel.  There are some promising games in development and a glance at GameTunnel’s 2006 RPG of the Year reveals some titles worth playing but restricted to western CRPGs (that is, no console-stylings, lunch-break games or online titles), Spiderweb's  Avernum 4 is the only option on that list.  Avernum 4 offered a huge (though rather linear) gameworld, several engine improvements and classic, party-based, turnbased gaming.

BioWare was in the news in 2006 with the Pandemic Studios merger creating the first so-called “superstudio”.  This year, they should take a higher profile through actual game releases -- BioWare will have the first major CRPG title of the year with the release of Jade Empire Special Edition on February 26th.  Jade Empire created a huge splash on debut (who can forget IGN’s 9.9/10?) but opinion seemed to cool rapidly and the sales reported were modest.  Will BioWare’s oft-cited core PC fans embrace Jade Empire or see it as yet another underwhelming console port?

Mass Effect for the Xbox 360 is currently anticipated in April and will be worth watching (will the new dialogue system work?) but we’ll be lucky to see the PC’s Dragon Age this year.  At the very least, the PR campaign will kick into full swing and we’ll finally get a good look at BioWare’s first PC exclusive in many years. 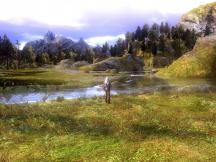 The second quarter should (finally) see The Witcher.  CD Projekt revealed this title early in development so the road seems long but they have the resources and corporate depth to get this right, their art team has deservedly won many awards and Andrzej Sapkowski’s source world looks promising.  Can they deliver the gameplay and will Atari deliver a quality localisation?

Irrational’s Bioshock is certainly one of the most anticipated titles of the year.  While Irrational has yet to find breakaway sales success with any of their titles their two studios have produced some excellent gameplay and Ken Levine and Jonathon Chey bring both creative vision and experience.  The recent strong emphasis on Bioshock as an FPS rather than a genre crossover title is odd but the world of Rapture still looks fascinating.

Hellgate: London is expected in 2007 (although Flagship has carefully avoided speculation on the release date) and many will expect Bill Roper’s team to blow the lid off the action/RPG genre.  It’s interesting to note a difference of philosophy with Flagship pitching this title at the hardcore hardware end of the market, while Blizzard always made accessibility a priority. 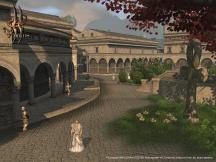 Look beyond the well-known titles and there are a handful of potentially interesting games to keep an eye on (indies and some other segments will be covered in Part Two to follow).  The first of these is Two Worlds, due on March 7th.  Polish Developer Reality Pump has a respectable resume with the successful Earth 21xx RTS series and KnightShift behind them but this is their first attempt at an RPG (not including the RPG elements in KnightShift).  For better or worse this is an ambitious project: a huge, open-ended gameworld and action combat in the vein of Oblivion or Gothic, multiple factions, the promise of choices and consequences, mounted combat and multiplayer.  Is it too much to pull off?  It’s not too long 'til we can find out. 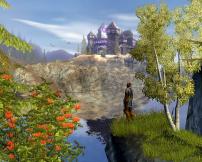 2006 saw the announcement of a new game in Germany’s most venerable PnP world, with dtp/Anaconda revealing Drakensang: The Dark Eye.  Many fans hold Attic Software’s old Realms of Arkania series dear but this new development looks to have little in common apart from the deep and respected source material.  Still, Radon Labs’ stated aim of developing a modern Baldur’s Gate in the Das Schwarze Auge world sounds interesting.

While we’re talking about German developments, one of the more original premises we’ve seen comes from Grotesque: Heroes Hunted.  Silent Dreams’ satirical RPG sees the main character Roger – a real-world player of RPGs – sucked in through the computer’s monitor to a fantasy world where he is the Chosen One.  Replete with humour and bizarre characters, Grotesque might be worth watching despite the near-invisible profile.

Then there’s Legend: Hand of God from Master Creating.  The Hamburg studio released Restricted Area to mixed success in 2004 but given it was developed largely by two people, this expanded project should be a much more polished offering and promises stellar graphics, stronger RPG elements than most action/RPGs as well as non-linear questing.

This year should also see some interesting RPG/strategy crossovers with twists.  Triumph Studios of Age of Wonders fame is working on Overlord for a Summer release and sees the player vying to become an evil overlord while Depths of Peril from Soldak features action/RPG gameplay with the player fighting for control over territories against competing AI opponents.  Rounding out the strategy crossovers, watch out for Disciples 3 and Spellforce 2: Dragon Storm.

Part Two will follow in a couple of days and will look at hack'n'slash action/RPGs, indies, the Russian market and more.